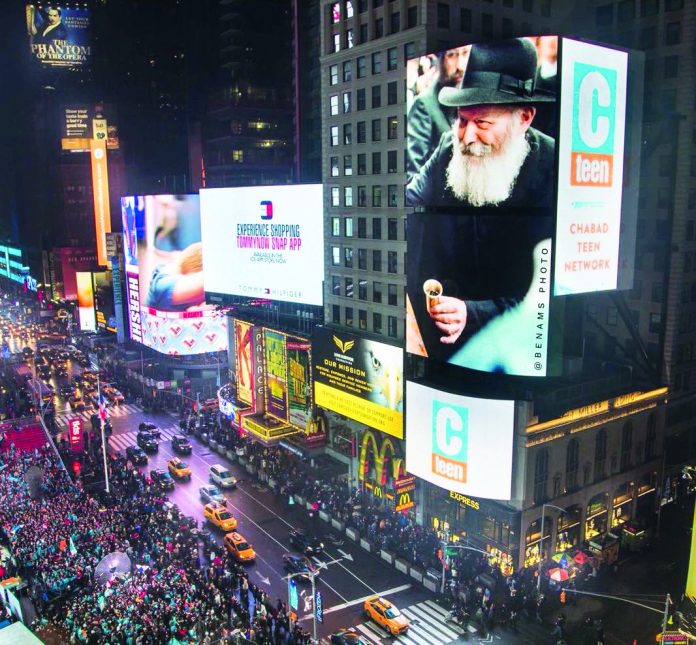 CTeen – the fast growing global Jewish youth organisation – hosted a four-day event in New York drawing in a record breaking 2,500 youngsters to the Big Apple.
The 10th annual International Shabbaton was organised by the Chabad Teen Network.
An inspirational weekend included a traditional Shabbat experience at Chabad Lubavitch World Headquarters in the heart of Crown Heights.
A Torah completion ceremony took place in Times Square prior to the CTeen Choice Awards at Brooklyn’s Pier 12.
The jam-packed closing ceremony included guest performances by Jewish rapper Nissim Black and Gad Elbaz.
The ‘Transcend the Tide’ Shabbaton theme empowered teens to overcome Jewish identity challenges in public.
And the message resonated among teenage students who have made Judaism a priority through involvement in CTeen’s.
The notion was particularly pertiment in light of last month’s shooting at Marjory Stoneman Douglas High School in Parkland, Florida.
Rabbi Shaya Denburg of Coral Springs, Florida attended with Stoneman School teenagers.
A special tribute featured during the closing ceremony urging participants to take on mitzvot in honour of lost lives.
“We are bombarded with messages of negativity every day, but it is up to us to make the world a better place,” said a Florida teen speaker.
“I have never felt more proud to be Jewish,” added Marc Smith, a CTeen UK leader from Leeds.
“I was honoured to see the power of youth and feel part of a global family of people who want to make a positive difference in the world,” added fellow teen delegate Eli Glaser
Details: Rabbi Mendy and Bunie Chazan on 07388 907701.