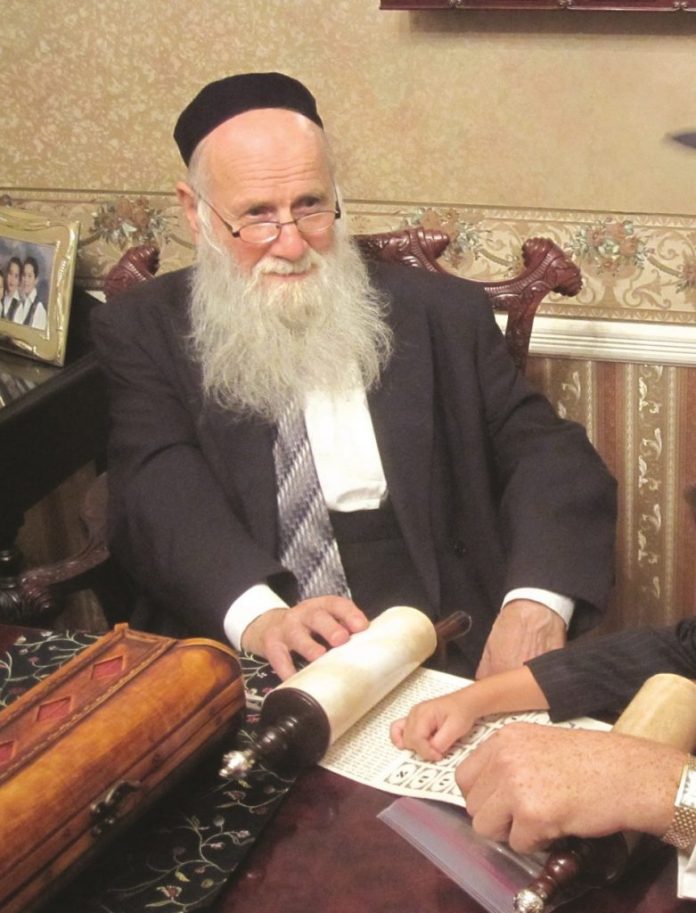 Khal Adath Jeshurun (KAJ) community in Washington Heights, Manhattan, mourned the passing last week of its Rabbi for the past three decades Rabbi Zecharya Gelley zt”l. Previously, he served as the Rosh Yeshiva of the Sunderland Yeshiva together with Rabbi Shammai Zahn zt”l. Rabbi Gelley was born in 1933, a scion of distinguished Rabbinical families in Budapest and (then) Czechslovakia. When the accursed Germans invaded his hometown, the family were sent to Bergen-Belsen. After surviving the war, the young Zecharya chose to relocate to England, where he settled in Sunderland, forming a close relationship with Dayan Chanoch Eherentrau, among the other famous Torah leaders who then resided in Sunderland. He was one of the founding members of the Sunderland Kollel, until being called upon to join the leadership of the yeshiva at the early age of 30. It was there that he inculcated a love for Torah study and Mitzvos in the hearts of many young Talmidei Chachomim.
A couple of years before the passing of Rabbi Shimon Schwab, he was appointed as Rabbi of the Khal Adath Jeshurun community, having earned a reputation as an erudite Torah scholar, with broad knowledge in many areas of Halacha. He also served on the Agudath Israel of America.

His passing last Thursday night at the age of 85, leaves his family, his community and Jews worldwide bereft of a leading Torah giant from the previous generation. His oldest son, Dayan Menachem Gelley, is well-known in England and beyond, serving as head of the London Beth Din. Many thousands attended Rav Zecharya’s funeral, and were addressed by Rav Meir Tzvi Bergman, the Novominsker Rebbe as well as Rabbi Yisroel Mantel.