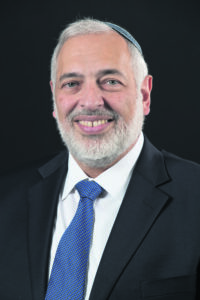 PaJeS is running a support programme for families on Free School Meals in Jewish schools across the country.

One in six Jewish households is in serious hardship following the Covid-19 pandemic or highly vulnerable according to an Institute for Jewish Policy Research study.

Food poverty and insecurity affects hundreds of children attending Jewish state schools with financial pressures on families exacerbated by the contagion. Over half of households identified in the JPR study as acutely disadvantaged reported losing jobs, being furloughed or having pay or hours reduced. Over 7% of householders stated the pandemic resulted in borrowing money, struggling to pay bills, shrinking household food consumption or turning to food banks.

A far-reaching food support programme was initiated before schools closed for the winter break in December 2020. Electronic food vouchers are being distributed to pupils at 38 Jewish state schools.

Over the winter holiday period, over 800 children received £15 electronic food vouchers per week, providing support to families in addition to free school meal contributions made by the Government and local authorities.

The programme will run during school holidays through to June 2021 and includes primary and secondary schools across the religious spectrum.

It is open to pupils registered for free school meals and administered by schools.

School leaders and communities have made clear the importance of the national initiative.

“Even before the closure of schools, our teachers and leadership team were aware that food poverty and insecurity are increasingly affecting families,” said Rachel Fink, Headteacher JFS. “Funders’ immediate response to support families during the first lockdown made a huge impact. It is fantastic that this food support programme is now readily available across the community, so that any child attending a Jewish state school can access the healthy food they need to fulfil their potential.”

Rabbi David Meyer, PaJeS Executive Director, added, “In what has been a very difficult year, the financial pressures felt by families across the UK are greater than ever. Within our own Jewish schools’ network, we want to do what we can to provide vital food assistance to help alleviate the strain that families are under. We are grateful to the funders across the community who responded with speed and generosity ensuring that we could roll out this provision.”