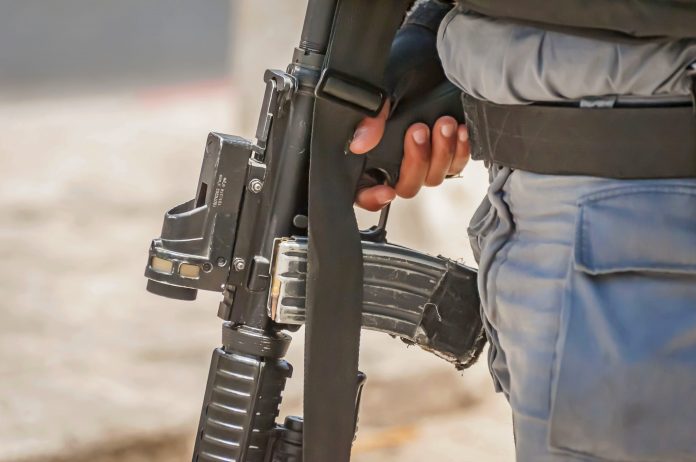 The Palestinian Authority this week arrested the chairman of the Minbar al-Huiyya radio station after he spoke on air against PA President Mahmoud Abbas and PA Prime Minister Rami Hamdallah.
Ayman Qawasmeh was picked by the PA Preventative Security on Sunday night in Hebron because he called on Abbas and Hamdallah to resign, due to the IDF raiding his radio station and confiscating some equipment. Qawasmeh accused his own PA leaders of failing to protect PA controlled areas in the West Bank.
Israeli officials said the IDF did raid the station and took away some equipment because it was inciting violence and encouraging Palestinians to attack Israel, a charge that Qawasmeh denies.
According to a member of Qawasmeh’s family, the radio station chairman served for a number of years in the PA security services, which is why he was arrested, but resigned before municipal elections took place last May.
The Palestinian Journalists’ Syndicate official confirmed that Qawasmeh had submitted a resignation letter, but said that his resignation had not yet been formally accepted by the relevant PA officials.
However, Hisham Sharabati, a political analyst and activist in the West Bank, said that the PA only upholds that standard when it pertains to itself or Fatah, the West Bank’s ruling party.
“I have heard Ayman Qawasmeh criticise Hamas and the Popular Front [for the Liberation of Palestine] many times on the radio,” Sharabati said. “So why did the PA arrest him only after he made his recent statements about Abbas and Hamdallah? Where were they when he made the statements about Hamas and the PFLP?”