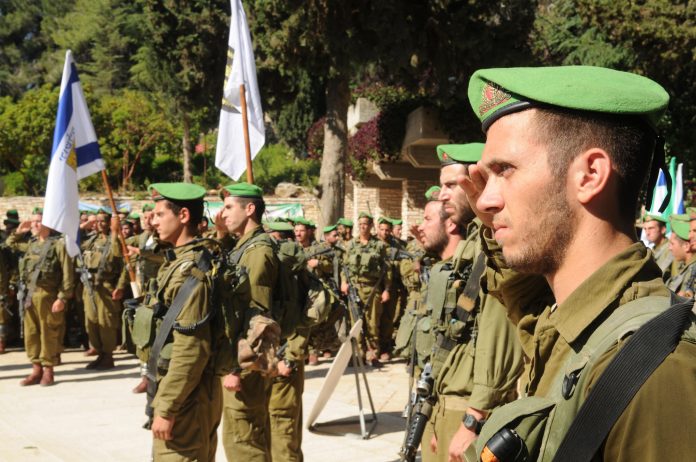 Israel is holding its largest ever military exercises in almost 20 years along the border with Lebanon as tensions rise with Iran and Hezbollah.
The drill began on Tuesday and involves thousands of ground, sea and air force vehicles and personnel and will run for 11 days through to 14 September.
Among systems of advanced weaponry, the exercise will include Israel’s multi-layered missile defence systems. The drill started with an “invasion scenario” by the Shia terror organization Hezbollah.
During the exercise, the Iranian backed Hezbollah initiated an offensive against the Galilee Division and the IDF responded to the “attack” using three tactics.

“Hezbollah’s initial attack” on Tuesday was expressed as a simulated invasion of dozens of IDF fighters into Israeli territory and infiltration into one of the border communities.
Home Front Command forces practiced the evacuation of civilians from threatened communities, as soldiers act the part of civilians in distress. The southern Galilee is serving as southern Lebanon during these crucial days of the exercise from Route 85 southward.
The IDF did however insist that the drill has been planned for about a year following a directive given by Chief of Staff, Gadi Eizenkot when he took office in 2015 and is not a sudden knee jerk reaction because Iran is attempting to establish itself in Syria with permanent residence.
Israel and the US has repeatedly raised concerns over Hezbollah’s build-up of thousands of rockets and other weapons in Southern Lebanon despite a UNIFIL peace keeping force present. But now that Hezbollah and Iranian troops have access to bases in Syria close to Israel’s border, this is of huge concern to Israel and these exercises come just in time.