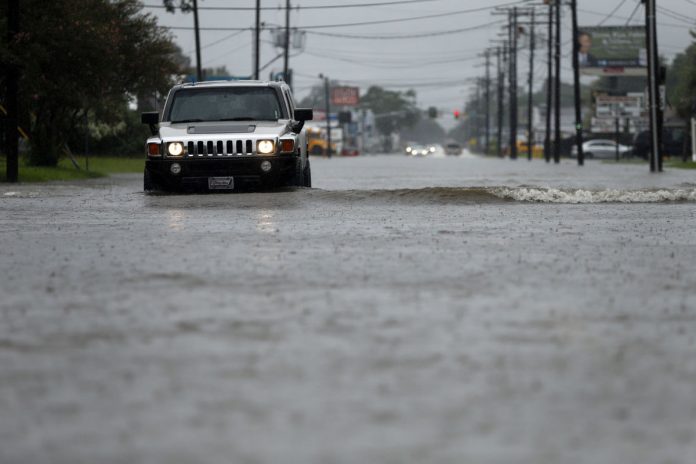 In wake of Hurricane Harvey that caused devastation to many parts of Houston in Texas, the Israeli government, in a rare move, has pledged a million dollars in emergency aid to the Jewish communities of Houston.
The aid will be transferred through the local Consulate in Texas and used to help repair and restore communal infrastructure (schools, synagogues and JCCs) not funded or supported by the state, according to the statement released by the Ministry of Diaspora Affairs.
Israel has offered it’s help in natural disaster relief efforts in the past, but rarely earmarks emergency relief funds to other developed nations like the United States.
Hurricane Harvey killed dozens of people and left hundreds of thousands without a home. Thousands of Jewish families were affected and Houston’s Jewish community, which consists of some 66,000 people, suffered substantial damage. Schools, synagogues and an elderly care home suffered from water damage.
Minister Naftali Bennett said, “For years the Jewish communities stood by Israel when it needed their help, now it is our turn to stand by Houston’s Jewish community.
The Israeli donation comes as Hurricane Irma with winds of up to 185mph is causing havoc on several Caribbean islands and is expected to hit Florida by Sunday.
Irma is the most powerful Atlantic Ocean hurricanes ever recorded and communities in Florida are preparing for the worst.