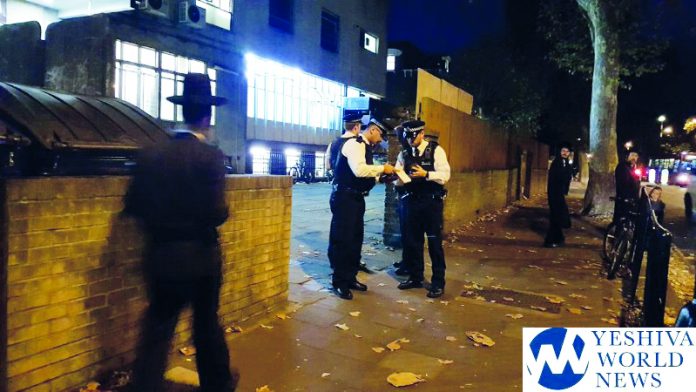 A man armed with a knife was arrested after storming into the Satmar Shul in Stamford Hill, London.

According to Yeshiva World News, at around 5:00PM on Wednesday, while a minyan was davening Shemoneh Esrei, two men suddenly ran into the Shul located at Cazenove Road, and began jumping over benches and screaming. The two men did not actually touch anyone in the Shul, and claimed they were running from people.

Shomrim and Police arrived seconds later and began talking to the two men. While talking to them, one of the individuals attempted to run away. He was easily apprehended. Police frisked the suspect, and he was found to be in possession of a large knife.

It does not appear to be an anti-Semitic incident, and police believe the two men were running away from gangs.