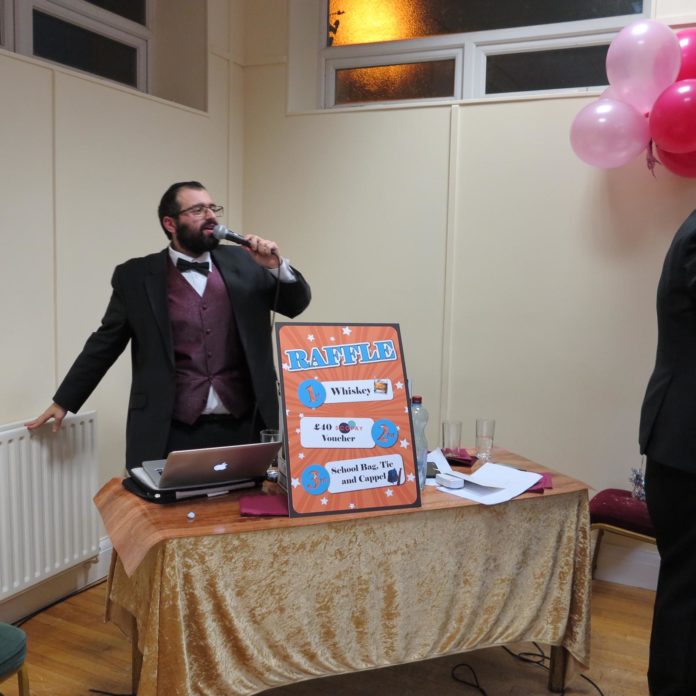 Last Motzei Shabbat the parents and staff of Broughton Jewish Primary School came together for an evening of questions, quick thinking, and, for some, an alarming quantity of long multiplication. The event saw 100 people gather in Vine Street Shul Hall to show their support to the school.

With MCs Mord Maman and Aharon Horwich at the helm, the competitive participants first battled their way through general knowledge and quirky school statistics. The questions spanned the vital questions of our age, from the order of royal succession, to the number of photocopiers on the school campus.

The evening progressed with further teasing tasks including identifying teachers from their childhood photos and completing Key Stage 2 Maths and English SATs papers. (hint: in answer to the question “Are you smarter than the average 10 year old?” the resounding answer was no).

After five exciting rounds, three raffle prizes and one emotional rendition of The Circle of Life by the hilarious moderating duo, the worthy table ‘The Crown’ was announced victorious. Each member of the winning team was asked to come forward and accept that most cherished of fridge adornments, the laminated certificate.

The fun filled evening raised over £700 which will be put towards outdoor provision for the children. The evening’s success was a credit to the hard work of the recently formed PTA. This was the second event that they have staged following the hugely popular bingo evening earlier this year. We all look forward to more of their events in the future.