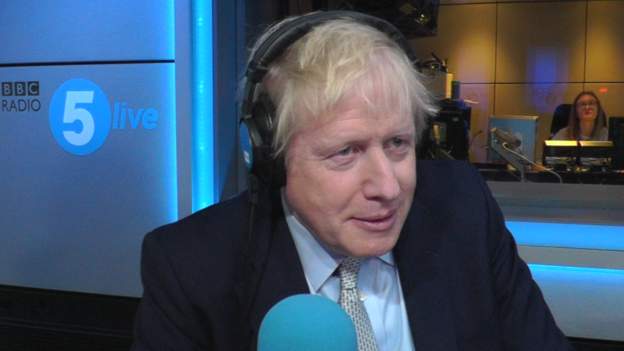 In a wide-ranging interview hosted this morning by the BBC, the Prime Minister has contested claims made by Nigel Farage that peerages were offered to the Brexit Party candidates in exchange for standing down during the election campaign. Describing the claim, publicised by the Daily Telegraph, as “nonsense”, the Prime Minister said although there were “conversations between politicians” no one had been offered a peerage.

He was also asked, among other questions, what he was doing to secure the release of Nazanin Zaghari-Ratcliffe, to which he responded that the Government was working round the clock to secure her release from Iran as well other dual-nationality prisoners. When questioned how he is dealing with violent crime, the Prime Minister insisted that there has been an increase of stop and search, which meant the government has gone more tough on knife crime.

Asked as to Labour’s pledge to provide free broadband for all, the Prime Minister stated that this was a “crackpot scheme” that would cost taxpayers tens of billions of pounds.