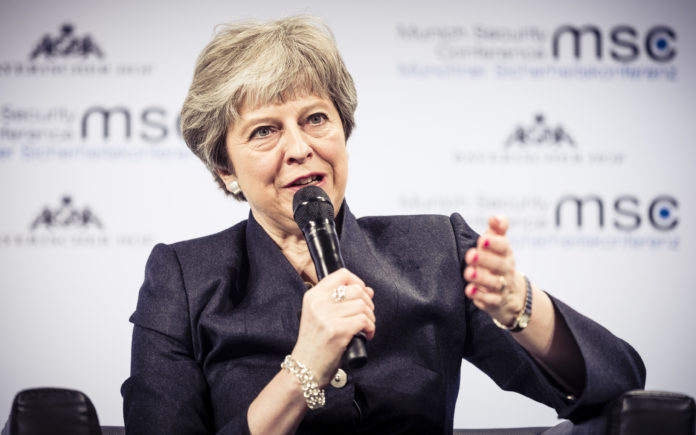 Prime Minister Theresa May said she wants to build the “strongest and deepest” possible relationship with Israel at a dinner hosted by the United Jewish Israel Appeal (UJIA) last night.
The UJIA dinner was held to celebrate Israel’s 70th anniversary. May told the audience: “I am proud of our role in the creation of Israel … criticising the actions of Israel is never – and can never be – an excuse for questioning Israel’s right to exist; any more than criticising Britain’s actions could be an excuse for questioning our right to exist.”
She added: “And criticising the government of Israel is never – and can never be – an excuse for hatred against the Jewish people – any more than criticising the British Government would be an excuse for hatred against the British people.”
Prime Minister May said she has been “sickened” by the fact that Jewish people in the UK are “fearful of the future” and warned that “you cannot claim to be tackling racism, if you are not tackling antisemitism”. She went on to say how “proud” she is of the Government’s annual £13m contribution to support the work of the Community Security Trust, a charity that protects British Jews from antisemitism and related threats, and that she “will continue to ensure we do whatever is necessary to keep our Jewish Community in Britain safe”.
The Prime Minister said there were “no excuses for any kind of hatred towards the Jewish people” in her first comments after the row about antisemitism which has dogged Labour all summer. “That is why the government I lead was the first in the world to adopt the definition of the International Holocaust Remembrance Alliance,” she said.
She continued: “So as we approach the holiest day in the Jewish calendar, your Day of Atonement, Yom Kippur – a time of reflection … my answer to the voices of antisemitism is that we will defeat you … my answer to those who say they are fearful, is to say I will always stand with you.”
She finished her speech by calling for more support to the UJIA, which builds links between British Jews and Israel though education and exchange programmes and also works to boost Arab-Jewish relations in Israel.