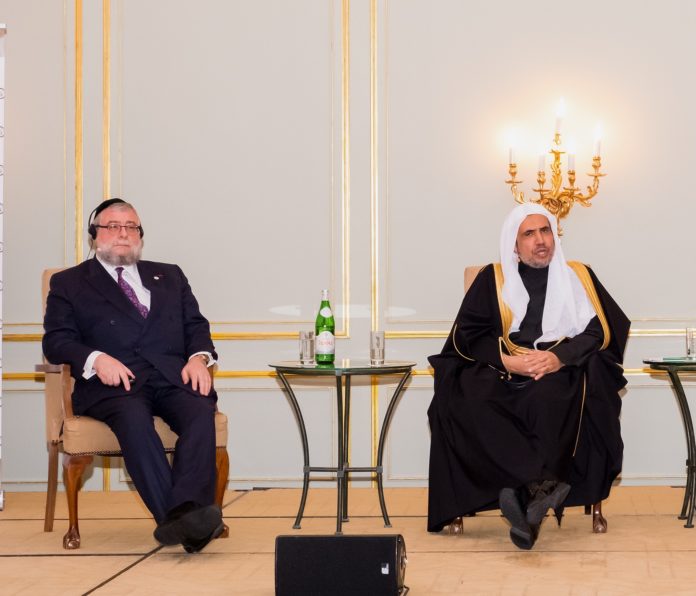 With the hearing at the European Court of Justice into the legality of measures adopted by Belgium’s Flanders and Wallonia regions banning religious slaughter taking place tomorrow, Chief Rabbi Pinchas Goldschmidt, President of the Conference of European Rabbis, and H. E. Shiekh Dr Mohammad bin Abdulkarim Al-Issa, Secretary-General of the Muslim World League and President of Muslim Scholars Organisation, have issued the following joint statement:

“Food plays an important role in our religious life and how we prepare food represents a key tenet of our faiths. Throughout history, bans on the religious slaughter of animals for food have been used to try to limit the migration of individuals from certain religious groups. The first such ban on religious methods of animal slaughter for food occurred in Switzerland as a response to Jews fleeing the pogroms of Russia during the nineteenth century. Similar bans were introduced in the lead up to World War II, marginalizing Jewish communities across Europe.

“Today, Muslims are increasingly the targets of such legislation. For example, we have seen bans proposed by the Far Right in the Netherlands following migration from the Middle East of primarily Muslim individuals.

“None of these bans are justified – whether they target the halal food of Muslims, the kosher food of Jews, or both. And any such ban violates core principles of what Europe should stands for.

“While freedom of religion is inscribed as a fundamental right throughout the democracies of Europe, it is meaningless without allowing individuals and communities the freedom to practice their religions. We respect Belgian sovereignty and the right of its regions to promote social cohesion, but urge them to rethink these bans. Targeting the religious practices of minority groups in this way can only harm relations between communities and undermine social cohesion.

“This week, when the European Court of Justice decides whether the Belgian bans on the religious methods of animal slaughter for food are legal, it must take into account the historical intentions of such bans, and consider the precedent being set. If the Belgian bans are upheld, the message that the Court is sending to minority religious communities in Europe is clear: They are not welcome.

We cannot expect religious communities to stay in Europe and thrive as contributing members of their societies, if the very act of their food consumption is to be treated as a crime. We urge the Court to take into account the needs of religious communities in its judgement, and the interests of building a Europe of diversity and inclusion.”