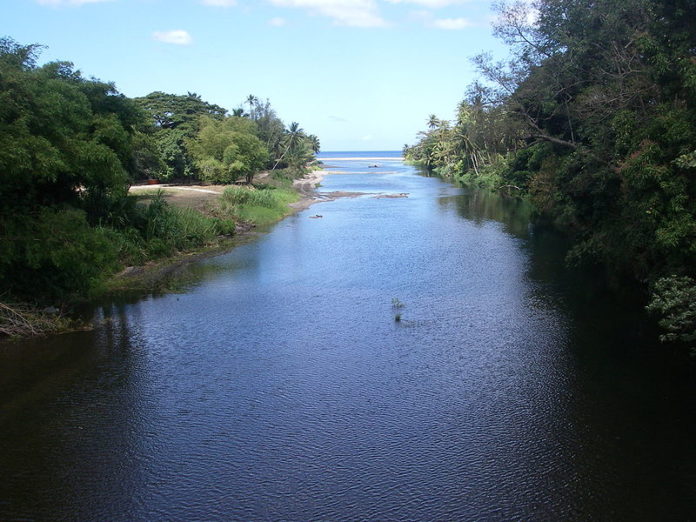 The primary Hebrew word for inheritance is “yerusha. However, the Torah supplies an additional term for inheritance– the word “nachalah”- and the eighth perek of Bava Batra which begins by listing the legal inheritors is named “yesh nochalin”. Interestingly, this term “nachala” describes inheritance but also refers to a “nachal” or a river. Through inheritance, family wealth is ‘continued’ or sustained just as a river exhibits continuous flow. Inheritance and a river share an additional feature- they are each unidirectional. Gravity determines that a river flows in only one direction; similarly, worldly possessions stream in one direction- from previous generations to future generations.

There is one exception, or one inheritance which flowed backward- from a current generation to a previous one. The first inheritance in halachik history- the allocation of the land of Israel functioned in an atypical fashion – as a “backward” flowing river. Each Jew of the new generation, who entered Israel, received a personal portion of land; the allocated lands of all cousins who entered were then grouped into larger packages of land which reverted back to the previous generation- effectively to the “Uncles” who had departed Egypt but who, sadly never made it to Israel. Those land parcels of the cousins were then equally divided among all the deceased Uncles; Subsequently each Uncle’s share of the package was inherited by his children who entered Israel. For example, a single Israeli child with many cousins would ultimately receive more than just his single land allocation. His numerous cousins would each receive land, and the entire family’s package would revert to previous generation and then ultimately back to the new generation which entered Israel. A lone child who entered Israel would receive some of the lands which his cousins were allocated, which reverted to his own father, and ultimately trickled down to himself. This was the only inheritance in history which reversed through previous generations; it flowed upstream to the previous generation before trickling back down to the current generation.  It was a backward river!

This reverse inheritance acknowledged the sacrifice and courage of that original “pioneering” generation which was enslaved in Egypt and had eloped into the wilderness with G-d. They had suffered miserably in Egypt and ignoring their role in this journey would be morally insensitive, especially given their tragic death in the sands of an anonymous desert. Their suffering in Egypt, their courage at the Red Sea, and their vision at Sinai all enabled the ultimate arrival in Israel. Routing the allocation of Israeli lands through the past generation is a “shout-out” to their accomplishments and, of course, a memorial to the tragedy of their death in the desert.

However, this rearward inheritance process isn’t just a moral accommodation. The Jewish deed to the land of Israel spans centuries of faith and generations of heroes whose lives were devoted to a land which G-d had bestowed, but which humanity rarely acquiesced to. The entry of this generation into the land of Israel must be accompanied by historical consciousness and expanded imagination. The new generation isn’t merely a fortunate generation who randomly hit the jackpot – to enter the land of dreams. The “entering” generation represents previous  generations of dreamers and by passing their shares back to the previous generation, the historical process of acquiring Israel is showcased.

Typically, talmidim who depart Yeshiva, ask me for some ‘takeway’ ideas or core values. I always encourage them to live lives of “verticality”. Our lives aren’t isolated points but rather points on a line – a lineage of Jewish history; we are the beneficiaries of previous generations and the pioneers of future ones. Vertical lifestyles reduce self-interest and integrate us to larger generational trajectories.

This past Shabbat I attended a kiddush with 23-year old, post-army talmidim. I asked them each to discuss an aspect of our lives which would be permanently altered by the Corona crisis. One boy mentioned that the crisis provided him with a deeper appreciation of the elder generation. Much of our efforts – at least during the initial stages of the virus- have been geared toward preserving the health and well-being of older people- many of whom were quarantined in lonely conditions. This boy predicted that our society would become more sensitive to the needs of the previous generation. I hope his predictions are fulfilled.

So many cultural forces have thinned our relationships with the elder generation. Dramatic advances in transportation and communication seduced us into relocating at great distances from our families; we were convinced that technology would assist us in preserving these relationships. The breakneck pace of our modern professional lives left little time for intergenerational interaction. Whatsapps replaced relationship-building. Our communities generated sufficient wealth to create institutional living space for elders. Medical advances convinced us that the previous generation would live longer lives: we had plenty of time to reconnect.

Will this be of the great cultural corrections of the Corona crisis? Will we emerge more connected to, and appreciative of, previous generations? Will we ponder their generation, their lives and the stiff challenges they faced and gain a better sense of how we benefitted from their accomplishments? In the early to mid-20th century many economies were pivoted upon a six-day work week. Under those financially trying conditions, halachik Shabbat observance was almost impossible and those who maintained Shabbat observance were heroic in ways which far surpass the religious commitment which we celebrate in the modern era. Will this appreciation help us overcome built-in generation gaps which so often prevent younger generations from respecting the values of previous generations?  Will this historical vision bolster our resolve in facing modern challenges and navigating the current crisis? Often a clear sense of past struggles, provides vital perspective upon our current adversity. In so many ways, the hardships we are currently enduring seem minor in light of the immense challenges faced during the Holocaust and the early stages of the State of Israel.

Will this be a moment in which the relationships between generations is rebooted? Will the prophecy of Malachi of “turning hearts of children back to their parents” come true? Will the River flow backward?