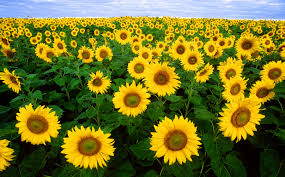 In the second blessing of the Amidah, we talk about the revival of the dead. Indeed, belief in the resurrection of the dead is one of the Rambam’s 13 principles of faith, which many people recite daily after Shacharit.

To an average person, this may seem like a complete impossibility. How can someone who has already passed on to the next world return to life? Perhaps we can understand this if we look at seeds.

When a seed is put into the ground, it rots. Items that rot wouldn’t exactly be said to have a great future in store for them! However, that tiny little seed buried in the ground suddenly starts shooting out little stems, and after a few weeks and months, it grows into a new plant or tree!

We never think of it as resurrection, because it happens every day across the entire world. But if you break down the stages, it’s essentially a dead, rotten seed suddenly having a new life. As it’s considered “natural,” we don’t see it as a miracle, but if it can happen with plant life, then surely the same process is perfectly able to be repeated by Hashem regarding humans!

An in-depth discussion on life after death and resurrection needs to be undertaken to properly examine these crucial concepts of belief, and that is beyond the scope of this article. However, on a simple level, we trust in Hashem that He can do it, and we pray to Him that He fulfils this promise speedily in our days.