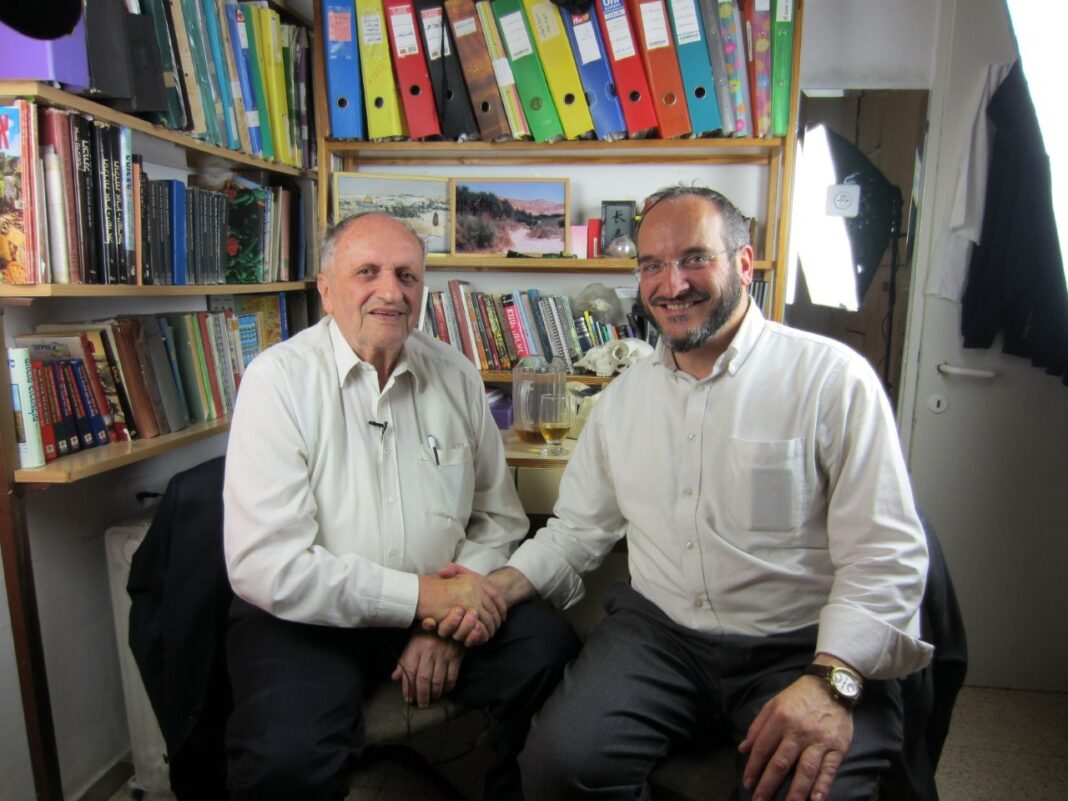 Holocaust Survivors have a far greater legacy to preserve than the often-harrowing eye witness accounts of the horrors of destruction alone. Over the past 25 years Survivors have become my greatest mentors, teachers and sources of inspiration.  I’ve travelled from Melbourne (Eva Slonim) to Cape Town (Eva Blumental); from Tel Aviv (Dov Landau) to New York (Pearl Benish; Montreal (Chaim Swimmer) to Miami (Yisrael Weinstock); Jerusalem (Yosef Levkovich) to Manchester (Eva “Bobby” Newman); London (Hershl Hershkovic) to next door (David Goldberg). Six million legacies were lost. Their remnant- “she’eirit hapeletah” – a few Survivors – were their only extant voice to the world.

Today, there are but a handful left amongst us that carry anything close to an adult memory of that which once was. We all know of the monumental work of Spielberg’s Shoah Foundation and its unparalleled archive of first-hand Survivor testimonies. People ask me why then have I invested so much time as an educator interviewing a few more.

I think that for me the answer began as something quite personal. I was struck by the straight-talking and directness of Survivors and realised that in a world of increasing veneer and superficiality there was something unique in the quality of authenticity common to the majority of Survivors I met, especially in recent twilight years. Long gone is the time in which Survivors felt the need to shrink into the shadows, hiding the number branded into their forearm so often embarrassed as to why their families went “like sheep to the slaughter”; the days and nights of working desperately to eke out a living any way they could, of valiantly raising families subjugated to the constant nightmares whilst struggling to even share with us the truth of the horrors they witnessed. The nightmares remain yet, thank G-d, over time Survivors often became the silent heroes amongst us. The few who made it. Those who rose up and built anew; those to whom we owe an unplayable debt of honour and gratitude.

As an educator, a parent, a Rabbi and co-founder of JRoots, I realised that the authenticity I touched in the Survivor was something we needed desperately to preserve. It became far more than a personal quest, rather a communal responsibility. The “Timeless Wisdom” over 150 Survivors have shared with me on film for posterity is now absolutely priceless. This is why we have already turned many of these into full length documentaries or recently shorter social media friendly clips bearing precisely that name.

At JRoots we specialise in creating the most powerful immersive Jewish travel experiences for groups of young Jews. Experiences impact young people forever. People impact people forever. To look into the eyes of a Survivor, to humbly listen to their tale, is to be profoundly touched, not only by their incredible endurance, but often by the quality of their hard-earned life’s wisdom, values and lessons shared for eternity.

When life is tough:

“you asked me how I managed to carry on trudging through the snow in a pair of clogs and pyjamas on the death march? In life you’ve just got to know – you just keep going! How? Just one step at a time! (Leslie Kleinman)

Why give to others?
“To give us to live – as long as I can give I shall live” (Pearl Benish)

You ask me? “Why did I refuse to carry a white stick? I refused to let them make me a nebach! I told them white is a sign of surrender – I’m a Jew! We don’t surrender to hardship- we figure out a way to adapt! (Hershl Hershkovic)

“Worry? Fear? “You ask me why I don’t worry? Why I wasn’t afraid? I told you – worry and fear are like a rocking chair! You think you’re going someplace – it doesn’t take you anywhere! (Yosef Levkovich)

No two Survivors are the same. We must attempt to avoid generalities and sweeping pronouncements with reference to anything to do with the Holocaust nor those who still carry its living memory. We tread on hallowed ground. We do not occupy the same universe. We called the JRoots Legacy Live project “70 Faces” because the number 70 in Judaism represents the multi-faceted nature of reality.  Each Survivor has their singularly unique memory, experience and story to tell, teachings to share. There is no right or wrong, truth or falsehood. Each story or nugget of sensibility, faith, tradition, or value is theirs to share- ours to pass on, and on…

The Shoah Foundation and many other evidential archival interviews with Survivors will serve forever to combat Holocaust denial and more. The 70 Faces, Timeless Wisdom and Legacy Live projects of JRoots are not about evidence alone. They are rather an attempt to capture a few representatives of our nation who have survived despite the odds and as such have the unparalleled ability to impact people, our young people in particular, with the deepest sense of humanity, of life and of Jewishness.

These are people who not only had a Yellow Star pinned to their chest, but often branded harshly into their arm and burned into every fibre of their being. In my experience, these heroes of survival, resilience, persistence and rejuvenation have no pretence, no illusions, no facade. Their love, their values, are raw. Their emotions real. Their life’s wisdom not merely written on their sleeve but embedded into the essence of who they are and that which they have to share. In an age in which we often struggle to pass on values to our children and students and at times languish in moral ambiguity ourselves, the messages of Survivors are perhaps imbued with a sense of moral authority earned through fire.

I am talking far away from the guilt trip of yesteryear, rather the reality of the Jew who despite the crematorium of Auschwitz and killing fields of Babi Yar stood in front of us to share their Jewish story, an embodiment of the Jewish Story, Our Story. There are universal lessons for life and particular anecdotal teachings of Jewish identity that live for eternity. The “70 Faces” / “Shivim Panim” Survivors series of projects from JRoots preserves for us a cadre of incredible people and their personal accounts of hope in place of despair, love instead of hatred, building in place of destruction. In the current days of both traditional mourning and contemporary challenge, we have much to learn from the Survivor heroes who despite all, still live and love in our midst.

Rabbi Naftali Schiff is the Chief Executive of Jewish Futures and Co-Founder of JRoots. 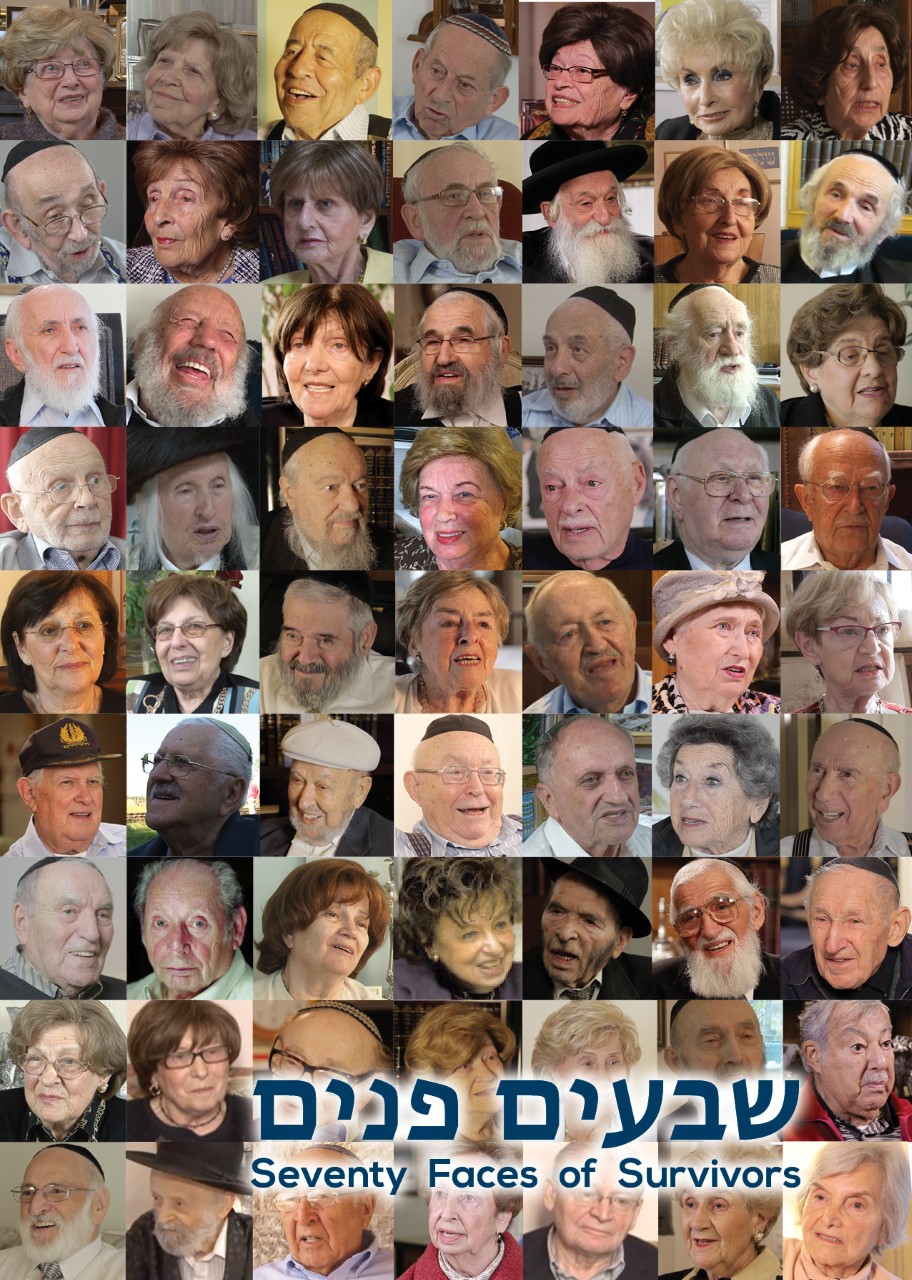 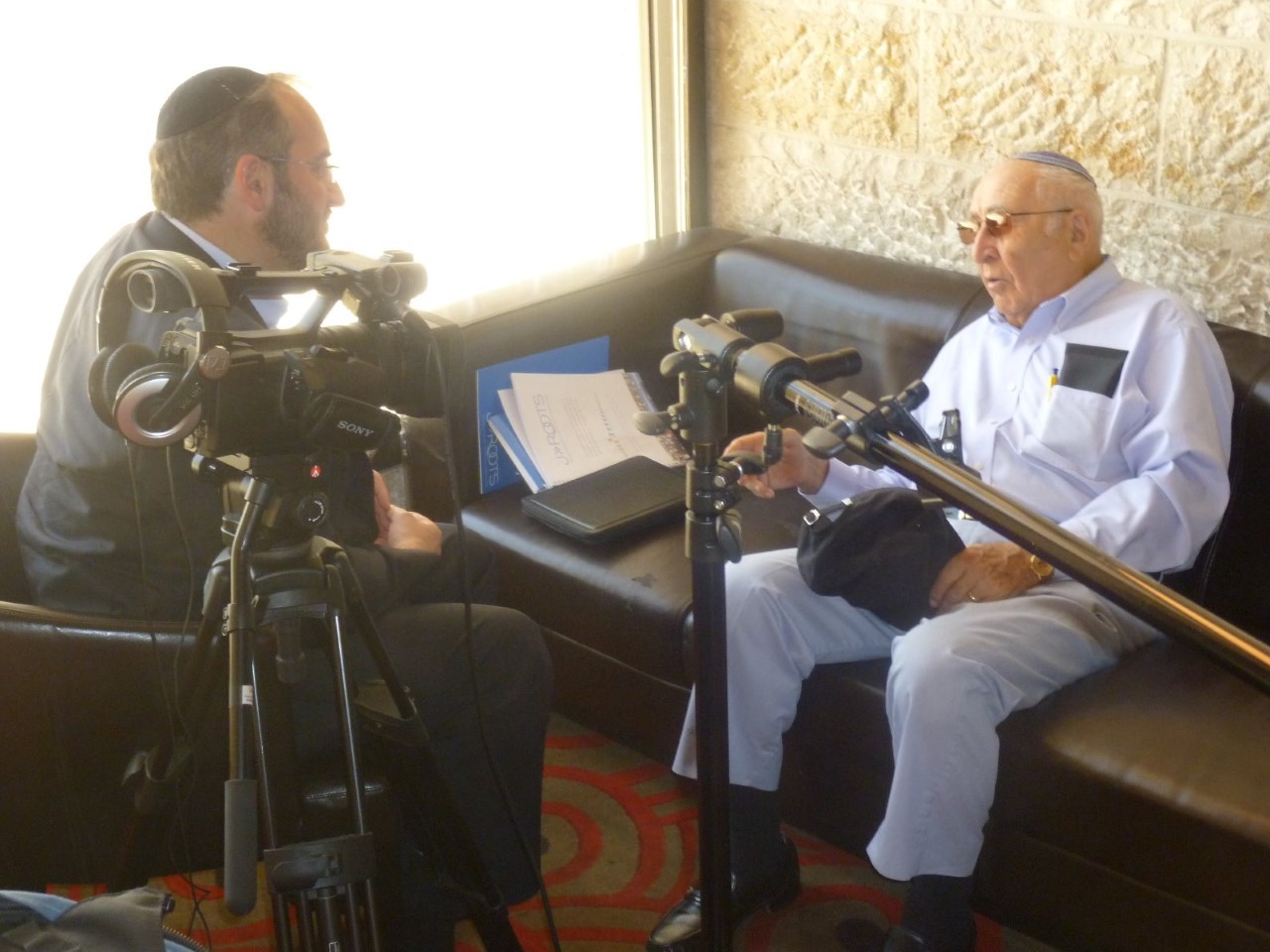