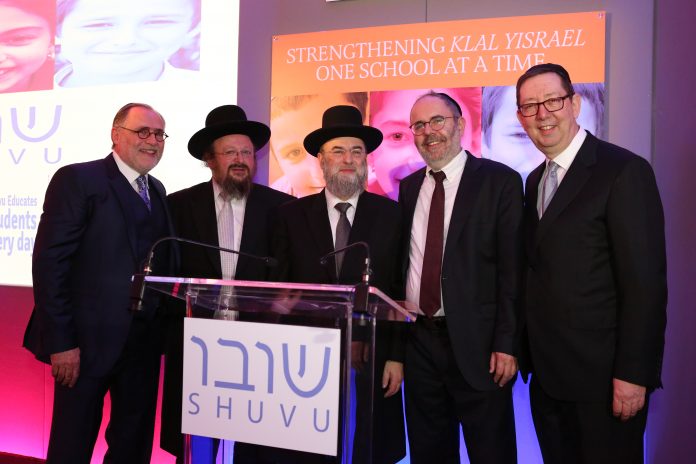 It was the winter of 1990. At the annual Convention of Agudas Yisroel of America, the Rosh Yeshiva of Toa Vada’as HaRav Avraham Hakohen Pam, was scheduled to address the tzibbur. Moments before his speech, Rabbi Avraham Yosef Leizerson of Chinuch Atzmai, Israel, informed Rav Pam of an enormous pending crisis. There were myriads of Russian families who, recently released from the clutches of the communist regime, where they had been trapped in the Iron Curtain and were now making their way to Israel. Most likely they would enrol their children in the secular state’s school system, bereft of any hope of rekindling their Neshama. At that moment, the Rosh Yeshiva completely changed the topic of his lecture and transformed the educational landscape of the Holy Land. For on that night the Shuvu Movement was born.
It is difficult to know if Rav Pam could have fathomed the inestimable ripple effect of Shuvu. Was the Rosh Yeshiva aware that thanks to his foresight, a quarter of a century later over 100,000 Jewish souls would have had their lives positively transformed by Shuvu?
At Wednesday’s banquet hosted by British Friends of Shuvu, over 250 supporters responded to the opportunity granted to London Jewry to assist Shuvu in continuing the spiritual rescue of thousands of students from secular homes and to allow their families exposure to our eternal values.
The challenge of the evening was to “Adopt a Class” in the Petach Tikva Shuvu School. This school, one of the 74 around the country, educates close to 6500 students. The dinner was the first in the UK since Shuvu appointed their new President, Dayan Yonason Abraham. Also honouring the occasion with their presence were Shuvu Director Reb Chaim Michoel Gutterman, Chairman of Shuvu USA, Dr Yossi Hoch and European Chairman of Shuvu Reb David Blachman. All were accompanied by International Guests of Honour were Mr and Mrs Chaim Turpiashvili who are major supporters of organisation.
The gathering was addressed by representatives of both the staff and the student body, who had travelled along with other international guests to grace the evening. In a masterful illustration of what it means to be a Shuvu student, Ronen, whose family emigrated from in Uzbekistan told the audience, “Shuvu taught me what it means to be a Jew. I love learning Torah and about the Chagim. Without Shuvu I would never have learned a Pasuk in Torah nor would I have had any appreciation of Torah and Mitzvahs”. Guest of honour Chaim Turpiashvili shared similar sentiments. He related the personal journey of his family to Torah and Mitzvahs through the strong education they had received in Shuvu.
A presentation was made by Mr David Blachman to the legendary philanthropists Mr and Mrs Harry Schimmel, in recognition of their kind sponsorship of the Shuvu Petach Tikvah School.
Mr David Blachman spoke about what binds Klal Yisroel as a nation. He explained the most crucial of the multiple challenges facing modern-day Israel are in our power to correct. He recalled the legacy of Rav Avraham Pam, who would pray that Hashem should give us a “little more time to succeed as we are doing all we can”. He gave credit to the dedicated dinner committee as well as the members of the Board. Finally, Mr Blachman expressed how fortunate Shuvu is to enjoy the wholehearted support and wise counsel of Dayan Abraham.
Throughout the dinner students and teachers were displayed on pre-recorded video messages, touching the hearts all the supporters present witnessing the impact Shuvu has had on the students and the changes in the lives of their families.
“Do you see what can be achieved?!” Exclaimed Dayan Abraham as he ascended the podium. He recalled his numerous visits to Shuvu schools and explained how a real opportunity to reach over one million Israeli children and allow them to be exposed to our rich heritage, Dayan Abraham paid tribute to Guest of Honour Mrs Paula Weiler, whom ten years ago, dedicated the Leo and Fritzi Newman Shuvu Tel Aviv – Yaffo School in memory of her late parents.
Closing words delivered by Mr Danny Blum who also thanked the dinner committee and spoke of his first-hand experience visiting Shuvu schools on the UK mission.
The fundraising efforts will enable this sacred organisation to continue impacting 6500 children and 9000 family members in its 74 Mosdos.