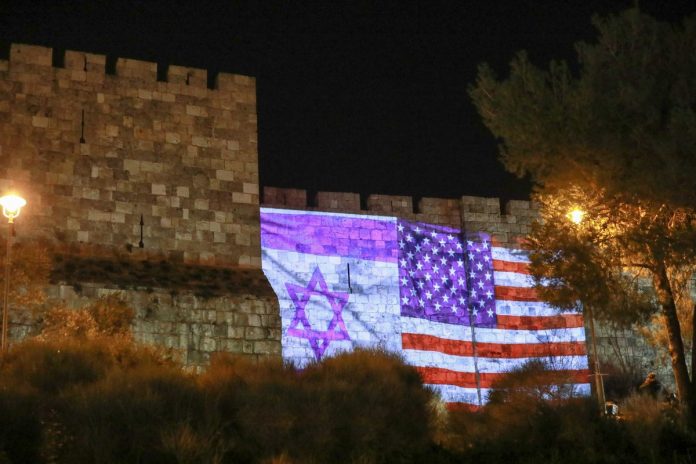 Professor Eric H. Cline wrote a book in 2004 called “Jerusalem Besieged” in which he described Jerusalem being attacked 52 times, conquered 44 times, besieged 23 times and destroyed twice over the last 3000 years. Yet only ONE people or nation have ever declared it to be their capital. That was until the Palestinian Arabs did so in the eighties. Many said that once the Oslo Accords were signed in 1993, the Palestinians would compromise for the sake of peace. President Clinton told Yasser Arafat at the Camp David II talks, to take the deal on the table which included parts of east Jerusalem as a future state. But Arafat refused and gave a green light for the suicide attacks to intensify against Israelis.
The great King David around 1000BCE moved the capital of Israel from Hevron to Jerusalem during his 40-year reign. It is where the First and Second Temple’s stood and where the Western Wall remains today. Jerusalem is mentioned in the Tanach (Bible) more than 700 times. In Psalm 137 we say “If I forget you O’ Jerusalem, may my right hand forget its skill.”

Yes, we were kicked out, although small Jewish communities remained in Jerusalem, Tzfat and Hevron throughout most of the 2000-year exile. But no other nation in history made it into their capital.

Almost 3000 years after King David, the front-page headline in the New York Herald on 11 December, 1917 read in capital letters: “JERUSALEM IS RESCUED BY BRITISH AFTER 673 YEARS OF MOSLEM RULE.”

The article went on to describe General Allenby capturing Jerusalem from the Ottomans. There was no Arab Palestinian claim on the city then, nor was there a claim in 1947 when the UN voted to divide Mandate Palestine into Jewish and Arab states with Jerusalem being an international city.

Even when the Arab nations attacked Jewish Palestine, which became known as Israel and the Jordanians conquered and annexed Jerusalem destroying its synagogues in the old city, there was still no claim of Jerusalem being a capital.

PLO spokesperson and secretary general Saeb Erekat did tell the BBC in a documentary, “On June 5, 1967 when Israeli tanks came into my village in east Jerusalem, from that moment on, I became a Palestinian,” suggesting he was very happy to be a Jordanian until that day. But still no claim by him or other Palestinians that Jerusalem was the capital.
So why today do the Palestinians insist that the Jews do not have a claim to Jerusalem?
We are told it was Donald Trump who made the “historic” declaration that Jerusalem is the capital of Israel and because of this “dangerous” move, there will now be more radicalisation, terror and war across the world.

Actually, it was Congress that passed the law in 1995 with a majority of 93-5 in the Senate and 374-37 in the House to recognise Jerusalem as Israel’s capital and to relocate the US Embassy from Tel Aviv. Since that time President’s Clinton, Bush and Obama who have ALL claimed on several occasions (normally when they looking for the Jewish and evangelical vote) that “Jerusalem is the undivided capital of Israel.” But every six months the waiver form to relocate the Embassy is signed because of pressure from the Palestinian Authority and Arab league.

The stone throwing and molotov cocktail violence directed at Israelis by Palestinians we are told is also a direct result of Donald Trump’s “dangerous” words. Even the rockets fired from Gaza into Israel is all the cause of Trump. But did you ask why Palestinians also burnt pictures of President’s Obama, Bush and Clinton in the past 20 years and why they also threw stones, firebombs and rockets during those times?

Do you agree or disagree? Please send an email to letters@TheJewishWeekly.com