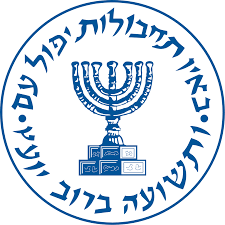 Spying is getting tougher, Mossad director, Yossi Cohen, told delegates at a budget conference held by the Finance Ministry this week.

In a rare address, Cohen explained that the complexity of spying was changing due to constantly evolving technology.

Israeli media recently viewed Mossad as the second biggest ‘spy organisation in the West’ after the US Central Intelligence Agency.

Cohen described Mossad as the “tip of Israel’s spear” against threats like Iranian nuclear and missile projects and Iranian-backed Hamas militants.

In terms of covert operations, including facial recognition technology and digitally enhanced identification documents, Cohen said that Mossad agents had to accept security services were getting getting stronger around the world.

“For normal people, this (technology) is good,” he explained.

“For people who don’t want it so much, the matter is a challenge of a different order.

“A large part of the agency’s problems or challenges speak to the fact that your passport is essentially in your fingerprint, in your retina, or in your face.

“Describing such measures are often designed primarily for counter-terrorism rather than counter-espionage.

“This arena, which very much affects us, has changed beyond recognition and is ballooning.”

Since Cohen took over in 2016, Mossad is believed to have assassinated Hamas terrorists.

Cohen praised US President Donald Trump for withdrawing from an international nuclear deal with Iran and recognising Jerusalem as Israel’s capital, decisions criticised by Palestinians and some European allies.

Cohen went on to note that various political powers approach to Middle East hotspots such as Syria was affected by a change in approach to Trump’s office.

Trump’s approach though was “very pleasant” for the State of Israel, according to Cohen.

“There is a kind of feeling, including in me, that there is a differentiation between the good guys and the bad guys being done in a more dichotomous, simpler and clearer manner,” he said.

Cohen went on to warn of Iranian developing aspirations in the Middle East and noted that among Israel’s major objectives was to “push” Iran out of the (rest of the) Middle East.

“Inside Iraq itself, we can see the Iranians operating exactly as they are in other areas of the Middle East by turning to the Shiite population.”

Cohen added that Iran’s aspirational takeover of Iraq could result in Tehran’s vision of a “Shiite Crescent” from Iran through Iraq, Syria and Lebanon.

“Creating a Shiite territorial contiguity is possible for them,” he said.

“If we don’t push Iran out of the Middle East, with the help of all other countries in the world, we’ll reach a situation of uncontrolled expansion of Iranian forces in the Middle East.”

Cohen added that other countries in the region shared Israel’s view that Iran was a “central existential threat”.

“The world should be aware of (this) and deal with (it) accordingly,” he said.

“President Trump and the American State Department have written an entire new doctrine toward Iran,” he explained.

“In it, they take into consideration everything that needs to be done to put Iran back in its right place in the Middle East.”