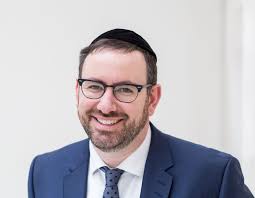 Rabbi Yoni Golker recently concluded his video series titled ‘Around the Jewish World in 613 Seconds!’ which has garnered over 100,000 views in total on Facebook and YouTube. The series featured interviews with people from different Jewish communities in countries around the world, including Nigeria, Mexico, Australia, Thailand and more.

Rabbi Golker created this project with the aim of learning about and exploring what it is like to be a Jew in different places in the world. Through each of the 20 episodes, viewers were able to learn about the lifestyle of Jewish individuals around the globe, as well as what Jewish life is like in their cities.

Rabbi Golker said: “Four and a half months ago, I embarked on a project to help engage with the community during these trying times. I saw it as a primary role of a community Rabbi to raise the spirits, particularly of those who were isolated during the pandemic. Thanks to the United Synagogue for partnering with me and thanks of course to all the viewers who tuned it!”