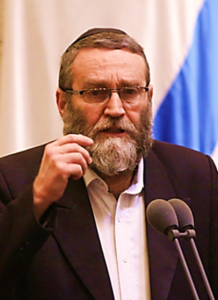 Finance Ministry figures released yesterday comes on the back of rising tensions in Israel’s coalition government over its state budget that could herald fresh elections in the coming months.

For ultra-orthodox community’s the question over Yeshiva and Seminary budgets is a deep concern.

Yeshiva Association chairman of the Avraham Friedman has warned that for young married students a lack of clarity over approved budgets is a major issue.

The association has called for a temporary ruling enabling married students to receive larger government grants during the coronavirus crisis because until an approved budget is announced students reportedly receive NIS 600 per month, equating to NIS 3.5 per hour.

“Sooner or later, all of the students will be standing in front of a financial pipeline that has been turned off completely and they and their families will be poverty-stricken and hungry as a direct result of what is taking place now,” Friedman reportedly told Gafni.