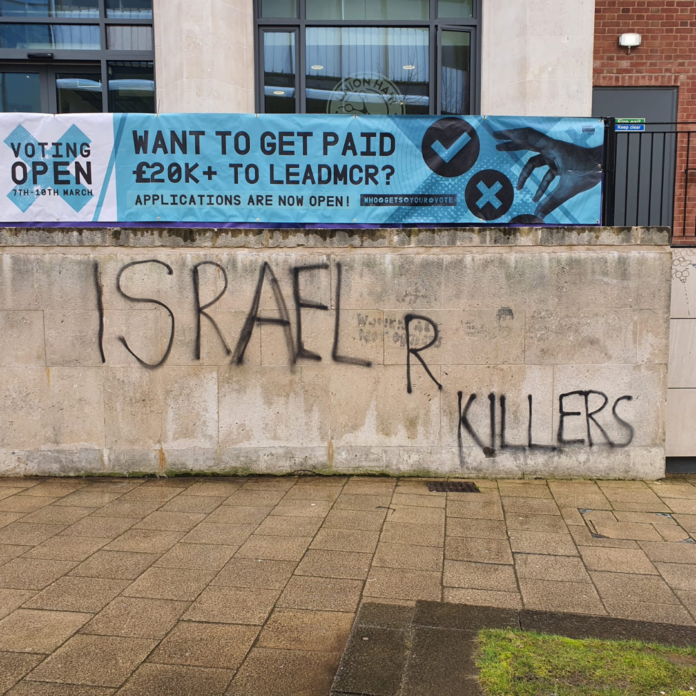 StandWithUs UK is outraged by the disgraceful graffiti that has vandalised a stone wall at Manchester University, resulting in Jewish students feeling threatened and unsafe on campus.

We call upon Manchester University to address this vandalism with the seriousness it deserves and assure that the perpetrators of this crime are held accountable – guided by the IHRA Definition as adopted by the Greater Manchester Combined Authority (GMCA). We ask Manchester University to reaffirm the right of Jewish students to safety and security regardless of race, religion, nationality, or ethnicity. 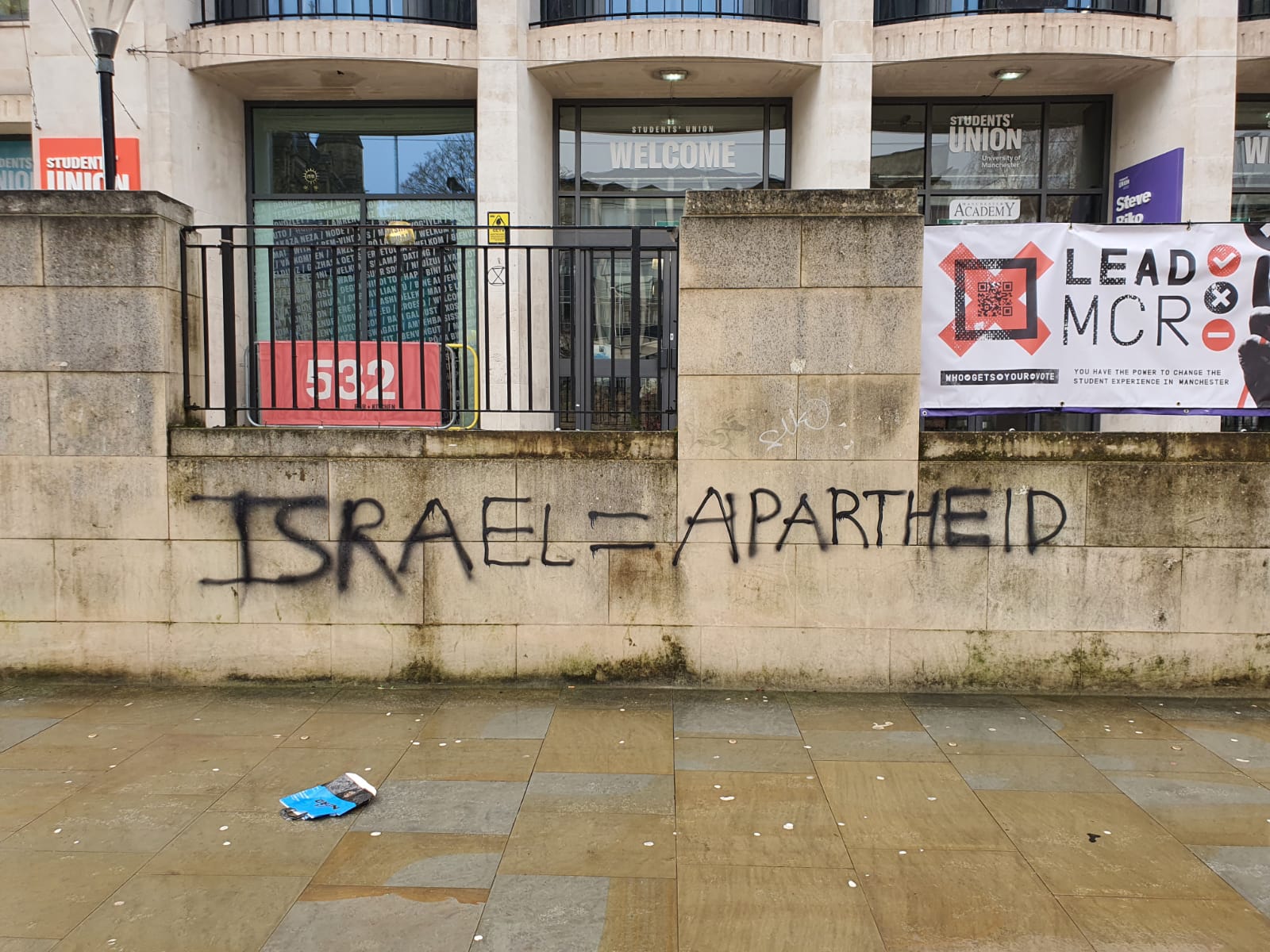 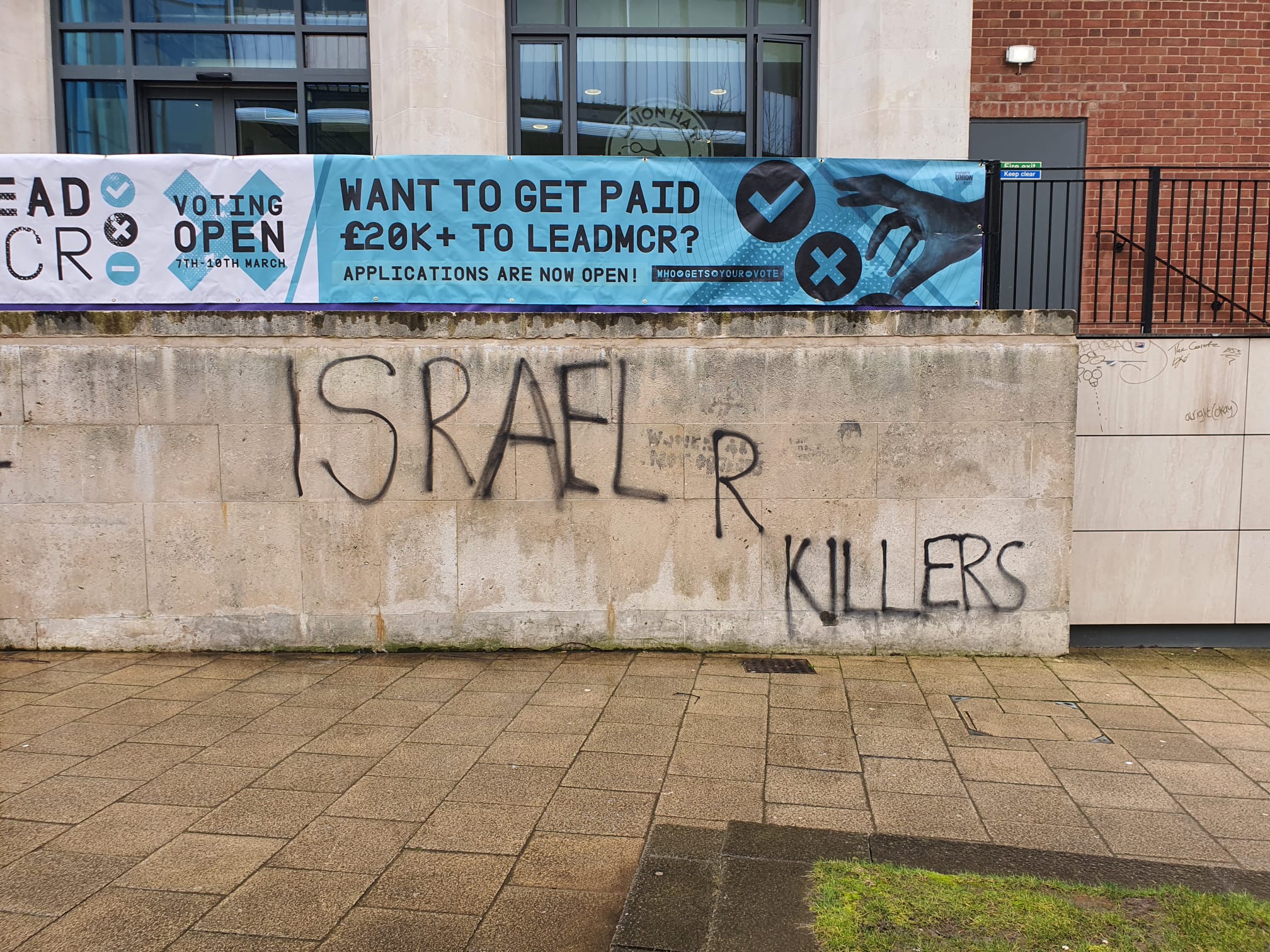