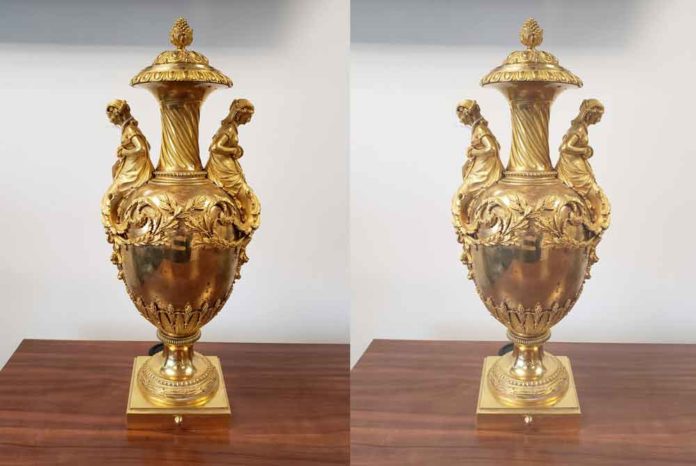 Two Louis XVI vases stolen by the Nazis now valued at $120,000 have been returned to the family of German Jewish collector Harry Fuld at a ceremony in Berlin.

The US Embassy and FBI helped facilitate the endeavor.

US Ambassador to Germany Richard Grenell told Fox News that finding ways to bring small measures of justice to the Holocaust victims after many years of injustice is a priority of the Trump Administration.

“From the very beginning, President Trump instructed his team to be aggressive in this work,” he explained. “Returning these Nazi stolen works of art to their owners’ families was a group effort.

Harry and Lucie Mayer Fuld lived in Germany during the 1930s.

After Harry died during a trip to Switzerland in 1932 the Nazis seized his wife’s bank accounts placing an exit tax on her if she left the country.

Lucie fled Germany in 1939 with a few possessions, leaving behind the artwork.

“We hope this one success story will encourage others to keep researching and pushing auction houses and governments to return the thousands of other Nazi stolen items on the market to their rightful owners,” commented the US envoy.