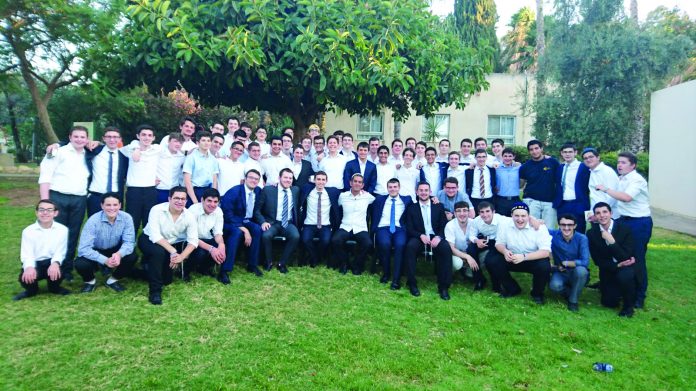 The start of the new school year also marks the conclusion of a remarkable summer of growth and success for Ezra Youth Movement. Over the past month, nine unique summer programmes for the UK’s young Jewish community were run under the Ezra banner.
Over 400 boys and girls attended the varying Ezra programmes, with over 100 participants on Ezra Israel Tours. From the Junior Camps targeting 8-11 year olds; Inter Camps for those aged 12-15; the three week long Israel Tour and Yeshiva Trip for 16 year olds; to the Ezra Plus and Mad camps for those aged 17; every age group was catered for by experienced and passionate teams of Madrichim and Madrichot. This year marked the first instance in which Ezra Inter Boys Camp was split to create separate camps for Years 7-8 and Years 9-10, allowing for an even more specialised and focussed camp experience for each age group. The boys and girls camps were spread around the world, from Spain to Ireland, Israel to sunny Wales.
Ezra camps provide the perfect informal counterpart to the formal school education received throughout the year. With an energised Jewish atmosphere, role models of the highest calibre, adrenaline charged adventure activities, creative tochniot, beith hamedrash programming and tailored shiurim, chanichim leave camp inspired and ready to tackle another year.
With wonderful positive feedback for this year’s summer camps, Ezra has already started planning next year’s winter and summer camps. Look out for Ezra programmes through the year, starting with the Elul programme, weekly groups and amazing succos outings. Ezra aims to continue growing and providing the community with vital informal educational facilities for its youth.