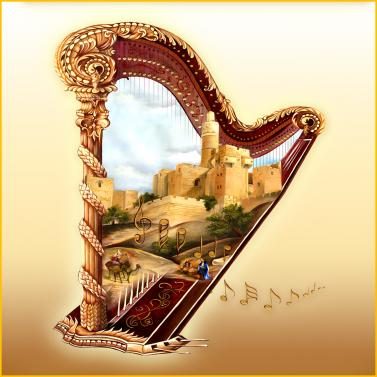 This weeks Tehillim is in memory of Zvi Aryeh ben Avrohom

In this weeks Psalm, King David marvels at how Hashem engineers the ‘natural’ decline of Israel’s enemies, to the startling point of complete oblivion. How can such one-time all powerful rulers, completely disappear out of world, and onto the pages of history books? Names such as Haman and Pharaoh clearly point to the fact that Hashem will always punish the wicked in the end, despite their apparent initial success.

Mark Twain was famous for many reasons, but one quote about the Jews has stood since 1899. “If statistics are right, the Jews constitute but one percent of the human race. It suggests a nebulous dim puff of stardust lost in the blaze of the Milky way. Properly, the Jew ought hardly to be heard of, but he is heard of, has always been heard of. He is as prominent on the planet as any other people, and his commercial importance is extravagantly out of proportion to the smallness of his bulk. His contributions to the world’s list of great names in literature, science, art, music, finance, medicine, and abstruse learning are also away out of proportion to the weakness of his numbers. He has made a marvellous fight in this world, in all the ages; and had done it with his hands tied behind him. He could be vain of himself, and be excused for it.

The Egyptian, the Babylonian, and the Persian rose, filled the planet with sound and splendour, then faded to dream-stuff and passed away; the Greek and the Roman followed; and made a vast noise, and they are gone; other people have sprung up and held their torch high for a time, but it burned out, and they sit in twilight now, or have vanished. The Jew saw them all, beat them all, and is now what he always was, exhibiting no decadence, no infirmities of age, no weakening of his parts, no slowing of his energies, no dulling of his alert and aggressive mind. All things are mortal but the Jew; all other forces pass, but he remains. What is the secret of his immortality?”

Many famous people have followed in the path of King David, in marvelling at G-d’s complete, mastery of the world, and we can add Mark Twain’s name to the list.

To sponsor a Tehilim email
office@thejewishweekly.com