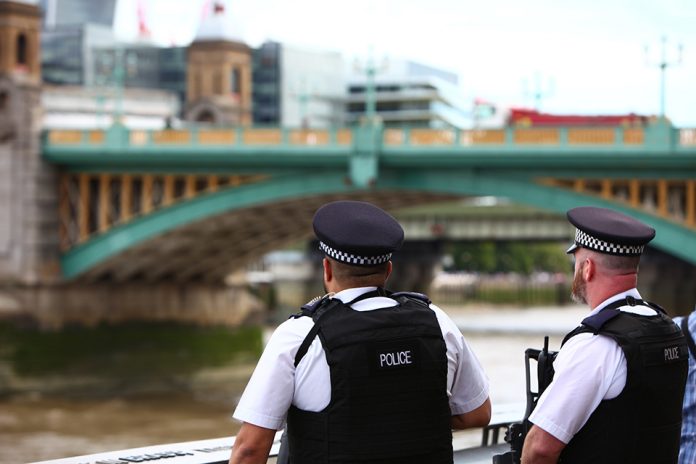 Shock and horror is how so many responded to last Saturday nights devastating attack on London Bridge as details are still emerging of the three Jihadi attackers who have all been named. But questions remain over why two of the three terrorists were known and flagged to security services but nothing was done about them.

Italian authorities say they informed British police and MI5 about the third terrorist, but it seems because more than 3000 other potential radical Islamists were being watched, these three individuals were not deemed dangerous.

Dozens of people across the country have since been detained but many have now been released as police identified the brutal killers just hours after 50 bullets were pumped into their bodies last Saturday night.

Armed with foot-long knives and wearing fake suicide bomb vests during the deadly rampage, Britain suffered it’s third separate Islamic terror attack in just over two months. One terrorist last Saturday night is reported to have shouted “this is for my family, this is for Islam” as he stabbed victims, while another said “this is for Allah” as he knifed a man near a pub.

Since 22 March, 34 innocent people have been killed and more than 200 have been injured in the three terrorist attacks. Never before has a British general election campaign been suspended twice due to the suicide bombing at the Manchester Arena and last weekend’s vehicle and stabbing attack on London Bridge and its surrounding streets.

At least during the height of the IRA bombing campaign on the mainland in the seventies and eighties, the terrorists gave a coded warning to police so they “sometimes” had time to evacuate innocent people. But extremist attacks such as these can strike at any time with absolutely no warning.

Security and emergency forces were swift in arriving at the scene of the attack last weekend with years of regular preparation for such a scenario and in doing so saving many more lives. From the time police received telephone calls that a vehicle had hit pedestrians on London Bridge, it took an armed unit just eight minutes to reach the scene, identify the terrorists and shoot all three assailants dead.

Fear remained on the streets as police believed there were other terrorists at large and screamed at thousands of people out on a Saturday night to clear the area immediately as sirens rang out across central London. But the underground trains were shut down, buses were diverted away from the area and roads were closed off. People had no way of leaving the area and panic gripped so many young people who thought they were running for their lives. Loud explosions were heard throughout the night but these turned out to be controlled explosions.
This General Election campaign has been one of the most boring campaigns in living memory. With the exception of the Labour party manifesto being leaked a few days before it was supposed to be released and Jeremy Corbyn’s car, running over the foot of a BBC journalist, nothing of interest happened. The pollsters regularly reported at the start of the campaign that the Conservative party had anything up to a 24-point lead over Labour, but just before this latest atrocity, polls suggested the Conservative party was leading Labour by anything from just 1 to 14 points.
It seems the major difference of opinion was based on whether the young first time voters would be bothered to come out and vote for Labour believing free university education, which is what Jeremy Corbyn promised, was a huge benefit to them.
If the general election had been held last week and Jeremy Corbyn had been given first option to form a government together with several other left leaning parties in the House of Commons, Diane Abbott would now be Home Secretary and in control of the current security situation.

Ms Abbott was one of many Labour MP’s who supported the IRA in the past and when asked last week on the Andrew Marr Show to retract her following stated views: “Defeat of the IRA would be devastating,” “Defeat of the British state would be a good thing” and “The reason for the violence is that British troops were in Ireland,” she would only say she has moved on but refused to say she regretted those statements.

Andrew Marr also pointed out that she had called for the abolishment of MI5 and Special Branch saying they were not accountable to the British people and that she had voted 30 times against counter terrorist legislation. On the Palestinian issue, she called many designated terrorist groups like Hamas, Islamic Jihad and even al-Qaeda, “dissident groups” and refused to even retract those statements. These are the exact same views her good friend and Labour leader Jeremy Corbyn has also held for many years.

But Theresa May’s speech on the steps of Number 10 last Sunday where she said “enough was enough” is likely to have persuaded the electorate that a solid, reliable Conservative government has finally vowed to crack down on Islamic terror.

Polls say that less than 17% of Jewish voters are likely to vote Labour because of Jeremy Corbyn. Members of the Jewish community had said if Corbyn became Prime Minister on Friday, they would move to either Israel or the USA within three to six months, for their own safety.

This coming Shabbat, the Community Security Trust (CST) will be out in force, tripling their patrols on the streets of Hendon and Golders Green in North West London as well as other Jewish neighbourhoods in London, Manchester and other places. This they say will reassure the community.

But tensions in some communities remain extremely high because some Jewish leaders realize that all it takes is G-d Forbid, one Islamic brainwashed individual to mount the pavement with their vehicle, whilst dozens of people are leaving shul with their families.