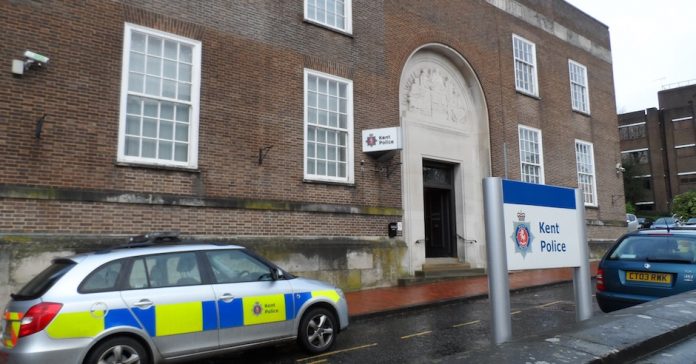 Kent Police has arrested two males aged 16 and 18 following an outcry over their failure to deploy officers when a young Jewish family enjoying the seaside at Minster beach on the Isle of Sheppey was attacked over the bank holiday weekend by a gang of youths shouting “Jews” and hurling stones. The family called the police, but were told that officers would not be attending.

In a statement, Kent Police said, “The 18-year-old man and 16-year-old boy were arrested on 30th May on suspicion of committing a racially aggravated public order offence and have been released pending further enquiries.” The arrests were made using footage captured on a smartphone by a member of the family during the attack.

The family of two parents and their five children aged 8 to 15, had been playing on the beach when two boys and three girls aged 16 to 18 allegedly ran towards them, hurling stones. As the attack continued and the parents tried to shelter their children, the family called Kent Police, but the emergency operator advised them that no officers would be dispatched, despite the assailants remaining at the scene. Instead, they were told that an officer would contact them the following week to “investigate”.

The family cut short their holiday and returned home to London, where they received support from the Stamford Hill Shomrim security patrol.

Shomrim and the organization, Campaign Against Antisemitism publicised the incident through social media which sparked a sharp response against the police.

Kent’s Police and Crime Commissioner, Matthew Scott was then forced to release a statement criticising the police force and demanding a full review. He said, “I am sorry and saddened that an alleged hate crime against a family visiting Minster-on-Sea took place on Sunday afternoon in our county, and that concerns have been raised about the way in which the matter has been handled by Kent Police.” The statement went on to say that as Police and Crime Commissioner, his job was to hold Kent Police to account, “So I have met with the Assistant Chief Constable and the Director of Corporate Services to discuss the case.”
Kent Police have since reviewed the case, met with the victims, and as a result made two arrests. The investigation remains ongoing to determine the reasons behind the decision not to attend and to consider the call handing procedure to be independently reviewed.
Mr Scott did confirm that police officers are normally deployed to an ongoing incident or where suspects remain on the scene.

A spokesperson for Campaign Against Anti-Semitism, said “After years of police and the Crown Prosecution Service failing to charge anti-Semites, this news of a police force refusing to come to the aid of a young Jewish family under attack is extremely alarming.” But the statement added “We are pleased that Kent Police are now working hard to identify additional suspects, though it should never have been necessary for them to be pressured to do so.”