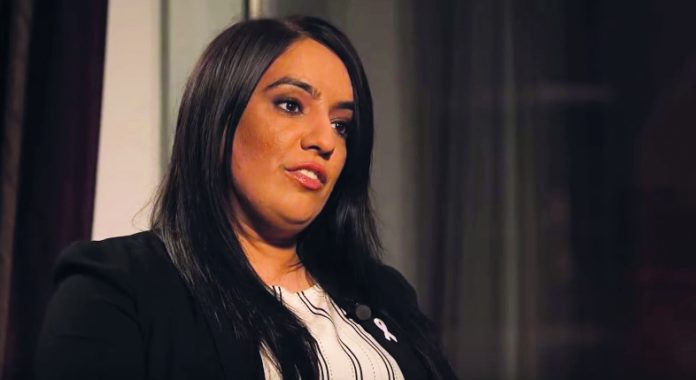 Although the general election campaign is finally behind us, Labour candidate for Bradford West, Naz Shah, was shouted at during a hustings in Bradford. When berated by a member of the audience for being a “Zionist”, Ms Shah confirmed that she believed that Israel has a right to exist, to which an audience member should “Jew, Jew, Jew!”

According to the International Definition of Antisemitism adopted by the British government “Denying the Jewish people their right to self-determination (e.g. by claiming that the existence of a State of Israel is a racist endeavour)” is anti-Semitic.

Video seen showed the hustings continued with the next candidate playing to the audience and talking about “Palestine.”

Social media posts from 2014 by Ms Shah led to her being suspended from the Labour Party in May last year after she suggested that the Jewish state should be “relocated” to America.
She also wrote that she would “Tweet Barack Obama and David Cameron and put this idea to them.”

On another occasion she tweeted, an image with the quote “Never forget that everything Hitler did in Germany was legal” and added “#ApartheidIsrael.”

In August 2014 Ms Shah tweeted a link to an article claiming that Zionism used “religious symbolism…to groom other modernised men and women of Jewish descent to exert political influence at the highest levels of public office by using the guilt of the pogroms and offered a solution to the ‘Jewish Question’ in Europe.”

When the posts were discovered, Ms Shah apologised for them and was subsequently readmitted to the party.