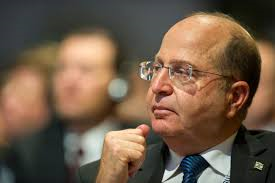 Former Defence Minister Moshe Ya’alon officially left the Likud Party this week and announced he will run for Prime Minister in the next general election with a new party. Binyamin Netanyahu has been Prime Minister since 2009 but a new poll showed his Likud Party would struggle to put together an effective coalition if elections were held today.

The poll conducted by the well-known research company Mina Tzemach found that Yesh Atid led by Yair Lapid would receive 26 seats while the Likud would receive 22 seats. The survey found that the Joint Arab List would remain the third largest party with 13 seats. Next would be the former Labor Party, now known as the Zionist Union who currently hold 24, but would fall to 11.

Naftali Bennet’s Jewish Home would also receive 11 seats along with Yahadut HaTorah, Kulanu and Yisrael Beitenu. Shas would fall to 6 seats along with the extreme left Meretz Party and Yaalon’s new list would just pass the minimum threshold to enter the Knesset with 4 seats.

Despite winning 26 seats, Yair Lapid would not be able to form a coalition without the Likud and Netanyahu would refuse to join such a coalition if he could not become Prime Minister for at least two out of the four year term. In addition Naftali Bennett said this week that he would not support Lapid becoming Prime Minister and may even merge his party with the Likud to stop such a scenario.

The Labour Party have been falling in their popularity for more than a year and despite at least seven MK’s wishing to take over the unpopular list, they simply do not have a clear direction or a policy on the Israeli Palestinian conflict except to say they support complete separation from Palestinian Arabs which is what many believe brought about the current atmosphere about climate. So with the Labor party in the political wilderness, the Likud losing support and Yesh Atid attaining the most seats but unlikely to make a coalition, the political Israeli stalemate at the prospect of another election general would be devastating for the region.

Israel is scheduled to go to the polls by the end of 2019.