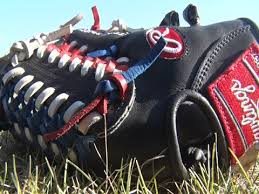 Israel is definitely not known for the game Baseball. In fact it was the lowest-ranked team to qualify for the showcase World Baseball Classic tournament coming in at 41st in the world. But last week in the first round, the Israel team surprised everyone beating third-ranked South Korea, 2-1, in extra innings, outscored fourth-ranked Taiwan, 15-7, and defeated ninth-ranked the Netherlands, 4-2, to finish first in Group A.

The victories were such a surprise that when the Minister for Culture and Sport was asked to comment on the success of team Israel, MK Miri Regev did not even know there was an Israeli baseball team competing in the Tokyo tournament.

The media in Israel began to focus on the baseball team generating enthusiasm and a great deal of buzz. A mascot was even offered which read “The Mensch on the Bench.”

It clearly did the trick because team Israel continued to shock the world on Sunday as they went on to defeat Cuba 4-1 in the first quarterfinal game of the World Baseball Classic at the Tokyo Dome.

Cuba has a rich baseball history and fielded a national team that has medalled in all five Olympic baseball tournaments. But as the momentum gained attention, the pressure kicked in on the team and Israel lost its first game 12-2 in a rematch with the Netherlands.

Baseball has long been overlooked in Israel. It has in the past been seen as an arcane and boring game to many Israelis and those Europeans now living in the country. But the Israel team is mostly made up almost entirely of American pros of Jewish descent.

Nevertheless for the small Israeli baseball community this has been nothing short of astounding, creating a wave of pride in their disparaged sport. The country has only one baseball-specific field and only about 1,000 active players who are well accustomed to fielding incredulous questions from native-born Israelis about their funny gear and the difference between a home run and a strikeout.

With four wins and one lose overall and a 1-1 in the second round of the 16-team quadrennial tournament, Team Israel will now face Japan on Wednesday in the semi-finals.