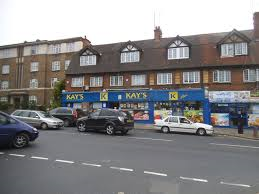 Members of the Community expressed their satisfaction on how police swiftly dwelt with uninvited travellers who turned up last week on the plot of land, 290-294 Golders Green Road to squat. Land owners and councils are constantly frustrated with the amount of time it can take to obtain an official eviction order to remove travellers from setting up camp on private or publicly owned land.

But because police and in particular Borough Commander Simon Rose were concerned with the hundreds of unaccompanied children who would gather on Golders Green Road a few days later for the Purim festivities, an exception was made and all travellers were officially evicted 36 hours later.

Conservative councillor Dean Cohen told the Jewish Weekly, “Everyone worked together to achieve the goal of removing them before Purim and it worked.” Some called it another Purim miracle because without the holiday, it is unlikely the papers would have been served so quickly.

The travellers broke the chain gates to the plot of land opposite Kay’s Kosher Store late Wednesday night and were spotted by early shul goers the following morning. The police were called and it was not long after that Shomrim were on the scene. Dean Cohen, the Golders Green Councillor said he made the call to the council whilst attempts were made to locate the land owner who has put in several applications to build residential flats on the land.

It was not long after that some travellers left the site to buy goods from Kay’s however they were caught stealing from the shelfs. When a female customer who wished to remain unnamed pointed out to one of the store manager’s Eli Langberg, that someone was putting drinks in their bag, Eli confronted the alleged thief and an argument broke out.

Someone from the shop then asked one of the police officers who were across the street to step in but the shouting continued until the three women travellers paid for some goods and left the shop. No arrests were made.

It was on Friday morning that the necessary papers were finally served and the caravans accompanied by cars and trucks all left.

Purim celebrations went on as planned last Sunday with a larger than normal police presence on the streets to protect the children in their Purim costumes.