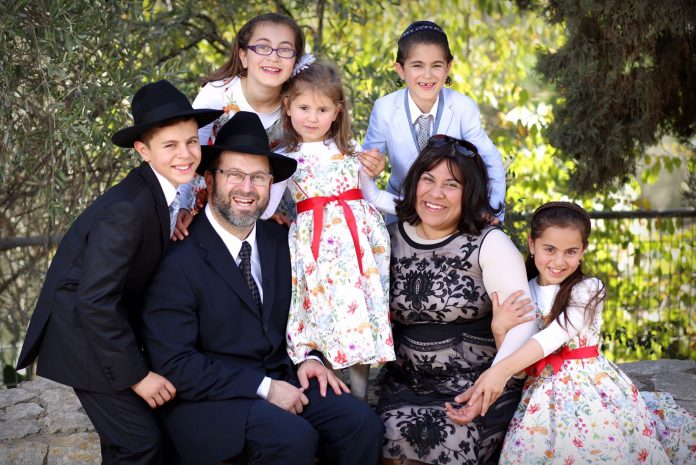 W.G. Grace and Brian Lara are two of the greatest batsman to score centuries for England and the West Indies respectively, while “howzat” is arguably the most famous cricket saying around the world.

But how does this cricketing hat-trick link to Shenley United Jewish Community (SUJC)?

In the midst of one particular Yom Kippur service at the historic ground shul, security guards vied for the best vantage point to witness a Brian Lara innings during a friendly match when no doubt “howzat” was shouted out on a memorable day for all concerned.

Today, congregants gather on a Friday night, Shabbat and Yom Tov at The Old Chapel in Shenley Park’s picturesque 45 acres of grounds, just a big six-hit away.

Managed by Shenley Park Trust, the former inter-denominational place of worship was built in 1938 and, for almost two decades, has been used as a community hall by locals including the Jewish community.

Because SUJC currently has no dedicated room in the 79-year old building, volunteers make sure the Aron Kodesh, bimah and seats are in place for services.

Plans, though, are afoot for the shul to be housed permanently within the historic chapel and that dream could be a reality by Rosh Hashanah if negotiations go well.

But when that day arrives, will current minister Rabbi Alan Garber mention the cricketing trilogy in his maiden sermon?

It is a possibility, of course, but right now his thoughts are concentrated on a questionnaire that goes out this week to some 170 shul members to help shape a strategic plan on the future direction of the village shul.

Rabbi Garber is a central figure in the initiative.

“We want to know what the shul means to members, what services they want and whether they will volunteer to help move the shul forward,” he enthused.

“Our shul executive are hard-working and this is a really exciting time, especially with our impending move to a purpose-built shul within The Old Chapel.”

He added: “We are one of the fastest growing Jewish communities but we have managed to retain our ‘family feel’. We have a healthy balance of young families through to retired couples who often bring their grandchildren to shul. There is also a significant number of single members.”

Shul chairman Phil Diamond is totally behind the project.

“It’s the right time for this initiative with the new shul pending,” he commented. “There are choices to certain questions but also ‘free form’ boxes that can be filled in.

“Focus groups will develop themes from the responses. We can then move forward with a plan members believe in and want to support.”

Rabbi Garber, 43, hails from London, where during his teen years he taught barmitzvah classes, which inspired him to further his Jewish studies.

He married his wife Tanya in 2002 and the couple have five children. Rabbi Garber’s rabbinic path started at Gateshead Yeshiva prior to his semichah through Dayan Osher Yaakov Westheim of Salford in 2007.

Rabbi Garber was a student chaplain in Leeds for three years prior to a similar-length posting as assistant to Rabbi Jeremy Lawrence at The Great Synagogue in Sydney, where his wife grew up.

“Gateshead for me was like a ‘Garden of Eden’,” he recalled. “Tanya and I were welcomed as a young couple and the whole atmosphere was wonderful. I officiated at communities including Harrogate in North Yorkshire and Newcastle. The more I leyned and gave sermons and shiurim, the more I got into the role.”

About his time in Leeds, he commented: “I’d studied geography at Leeds University so it was a great opportunity to give something back. It was a really fast pace, dynamic and such a vibrant student community. We enjoyed hosting, running educational programmes and working with Leeds Jewish student society.”

As for his time down under, he said: “Working with Rabbi Lawrence, who is now the senior minister at Kinloss, was an amazing opportunity. I was able to work with the community, making a difference to people’s lives without any shul politics.

“At the same time, I learnt the ropes under Rabbi Lawrence in many important areas, especially how to deliver sermons and to speak at funerals.”

Rabbi Garber added: “The Australian community, as here in Shenley, is not outwardly religious, so I learnt to appreciate an individual’s spirituality irrespective of their religiosity.

“When Rabbi Lawrence interacted with people, he homed in on their spirituality, not how orthodox they were but what they were striving to do with their lives.

“I’ve tried to follow his example in Shenley and we are still in touch.

“Rabbi Lawrence is among a number of mentors and I appreciate their wisdom.”

SUJC was founded a few months after the United Synagogue wrote to Jewish residents in the area to gauge interest in forming a new community.

William Susman, chairman of Shenley Parish Council, was appointed the shul’s first chairman. Benjy Rickman, was the shul’s first minster followed by Rabbi Shmuli Kass, who tragically died aged 30 in 2007 (the shul has a Sefer Torah in his memory) and Rabbi Natan Levy immediately prior to Rabbi Garber.

Shul warden Jonathan Bonn was on the most recent rabbinical selection committee.

“It was very important to have a rabbinical couple that would make people feel welcome because, as our name implies, Shenley is a community,” he recalled. “The Garbers are always entertaining during Shabbat for members and non-members and are very involved in all aspects of the community.”

So what attracted Rabbi Garber to the quaint village of Shenley?

“We felt drawn to the area because there was excitement and warmth,” he said. “We’ve been here for four years and enjoy being a part of a community that is growing.

“There is so much room to develop and things are happening that are really exciting.”

Regular services take place on a Friday night and Shabbat.

Children’s services include one for toddlers, infants and a monthly youth service.

The shul has a leyning and haftorah rota, strong bar/batmitzvah course and is continually developing services to attract more children and teenagers to shul.

Its Israel Independence Day, Shabbat UK and Purim programmes are well supported while a communal second seder at Pesach draws more than 100 guests.

Future events include a trip to the National Holocaust Centre and Museum in Nottinghamshire, a summer barbecue and civic Shabbat with local dignitaries.

The shul takes part in community events by “The Cage”, a 1700s roundhouse overnight jail, situated by the village pond and at Shenley Park.

Aside from shul matters, Rabbi Garber extolled the virtues of the local area.

“This is a village community with close access to motorway and rail links,” he noted. Shenley is a beautiful to place to live – it’s quiet, safe and offers a great quality of living surrounded by beautiful countryside and low or no traffic in and around the village.

“Visitors from orthodox communities realise we are only a short visit from Radlett, Borehamwood, even Edgware, Hendon and Golders Green. We are also close to kosher shops and Jewish schools in terms of distance, which has seen a number of families move to the area.”

“Shenley has a real community feel, both within the Jewish and general village community.”

Looking to the future, the top topic of conversation is a purpose-built shul.

“This is a crucial stage in our development,” said Mr Diamond. “Shenley Park Trust, the United Synagogue and ourselves are willing it to happen. There are planning issues, which should be resolved so we are hopeful everything will be sorted by the High Holy-days.

“We will have a kitchen area, side rooms that open up so we’ll be self-contained. It can be a shul on Shabbat but we can then open up for social and educational events.

Rabbi Garber added: “The overall goal is to continue to see ourselves as a community rather than just a shul but when we have our own space it will offer a myriad of opportunities.

“Having shul premises will have a big positive impact on the quality of services and events we can put on for the community.”