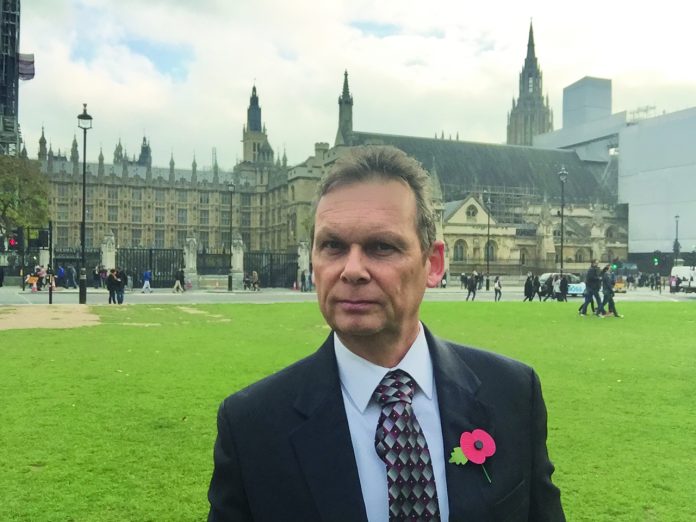 This is the fourth continuous week I have written about Israel’s Prime Minister and the “weak” corruption allegations, according to the evidence which has been leaked by the police and others.

Yet there is still no attempt by Israel’s Attorney General to bring at least one indictment against Netanyahu. Surely if the man is corrupt and you have the evidence, why not indict the man? Or are we just going to continue to accuse and write that Netanyahu is so corrupt but do nothing?

Since Bibi served his first term as Prime Minister from 1996 until 1999, he and his wife Sara have been the subject of 21 police probes and investigations. The police recommended indicting the Netanyahu’s in three cases in 1999 but the Attorney General rejected their requests based on, one would assume, not enough evidence to convict.
With public support from President Bill Clinton and his administration, along with Israel’s media, Ehud Barak was elected Prime Minister in 1999. But the Netanyahu bashing continued, even though Bibi resigned from the Knesset. Despite the suicide bombing campaign by the Palestinians at that time, there remained a feeding frenzy by the networks and newspapers against Netanyahu to the point that the late Shulamit Aloni, who had led the far-left Meretz party said, “This constant campaign against Netanyahu has gone too far – if they have the evidence against him, bring him to court, if not, leave the man and his family alone.”

As the suicide bombing campaign intensified, Ariel Sharon finally came to power in early 2001 and it was only then that Israel’s journalists halted their “dirt” campaign against Netanyahu.

But Bibi returned to office in 2009 beating Tzippi Livni who took over from Ehud Olmert as Kadima Party head and would you believe, the anti-Netanyahu slogans returned.

In January 2017, the Attorney General closed a further four probes against Netanyahu that had been ongoing since 2009 – again there was no evidence to convict.

Later in September 2017, the Attorney General closed six police probes against Sara Netanyahu, which the police had opened in 2015.

One case, relating to an administrative, rather than criminal, accused Mrs. Netanyahu of ordering food from restaurants instead of using the services of the cook at the Prime Minister’s residence. This is still under review.

Two other probes, related to accusations that a French businessman gave Netanyahu illegal campaign contributions, and the Likud overpaid a secretary in America, disappeared after leading the headlines for numerous news cycles in 2016.

Of the three open cases today, Case 1000 relates to businessman Arnon Milchen giving the Netanyahu family cigars, champagne and jewellery as described in the Bibi Files, Part One.
Aside from assistance with his residency visa in America, Netanyahu provided Milchen with no meaningful support in any of his business endeavours. The law that entitles new immigrants and returning Israeli expatriates to a ten-year exemption on income taxes and reporting requirements for income earned abroad, passed when Netanyahu was out of office. And over the past eight years of Netanyahu’s tenure as prime minister, none of Milchen’s proposals in either the media market or tax laws was advanced even slightly.
As for Investigation 2000, it is extremely difficult to understand the basis for the charge against Netanyahu. Newspaper boss Arnon Mozes apparently offered Netanyahu a bribe, in the form of diminished hostility in his newspaper in exchange for a larger market share for Yediot Ahronot as written in the Bibi Files, Part Two.

But Netanyahu did nothing to advance his offer. To the contrary, he preferred new elections rather than curtailing Yisrael Hayom‘s operation. For years, the police investigations have dragged on and someone has fed the media with a never-ending stream of negative leaks that all disparaged and vilified Netanyahu.

Case 3000 which looks like has been dropped, involved Israel’s purchase of submarines from Germany and associates of Netanyahu are under investigation for earning on the side. But still the Prime Minister’s name was dragged into the probe.

Case 4000 relates to the Director General of the Communications Ministry, Shlomo Filber, suspected of bribery, fraud, breach of trust and other offences. But he was a “confidant of Prime Minister Netanyahu” and acted “in his name” say the police, in several deals with the Bezeq telecommunications company. Its controlling shareholder Shaul Elovitch owns the Walla news website and in the past gave favourable coverage to Netanyahu which the police believe is “suspicious.”

But at least the judge in the Bezek probe has been removed from the case after she and an investigator for the prosecution exchanged messages related to the case on WhatsApp.
The campaign against Netanyahu reached its peak last January when police commissioner Roni Alscheich, whom Netanyahu appointed in 2015, gave an hour-long interview on Israel’s leading television magazine Uvda, or “Fact” show claiming that Netanyahu was behind three separate, arguably felonious conspiracies against the police.

Netanyahu, he alleged, had arranged for private detectives to “sniff around” the families of his investigators to try to find dirt on them. Alscheich also claimed Netanyahu conspired with a female police officer who in 2011 brought sexual harassment charges against her commander, police superintendent Roni Reitman, who was head of Lahav 433 and the unit responsible for investigating Netanyahu.

The commissioner further claimed that Netanyahu was behind the police officer’s decision to petition Israel’s Supreme Court against Reitman after the Attorney General closed the investigation against him in 2015 without indicting, due to the passage of time since his alleged acts of harassment took place.

Thirdly, Alsheich claimed that Netanyahu offered him “a sort of bribe” when Netanyahu appointed him to serve as police chief by saying if he was still Prime Minister when Alsheich finished his duty, Netanyahu would appoint him head of the Israel Security Agency.
Even the police’s most fervent media supporters were astounded at Alsheich’s allegations especially as he had refused to investigate any of them.

Alsheich’s wild charges that Netanyahu was actively conspiring against his investigators gives credence that the allegations against Netanyahu are biased and Alsheich has a personal vendetta to overthrow the Prime Minister and his government.

After what some described was a “scandalous” interview, Likud Party lawmakers requested that Alsheich appear before a Knesset committee to explain the charges against Netanyahu. But reporters said that he had no intention of answering their questions.
Some commentators claim that the police deliberately threw every possible charge at Netanyahu to pressure the Attorney General into indicting him for something. But this endless stream of criminal cases against Netanyahu has involved investigating witnesses across the world costing tens of millions of shekels to Israeli taxpayers.

And after 22-years of this endless pursuit of Netanyahu and his family, we have possibly three charges which, if anything, show that Bibi Netanyahu is probably the most worthless bribe-taker in history. If he is indicted and then cleared – and given the weakness of the charges against him – it’s hard to see how the police will not lose credibility and public trust.

Then again, given that Israel’s elected officials have no oversight over the civil service, it could be that Alsheich and his officers don’t care.