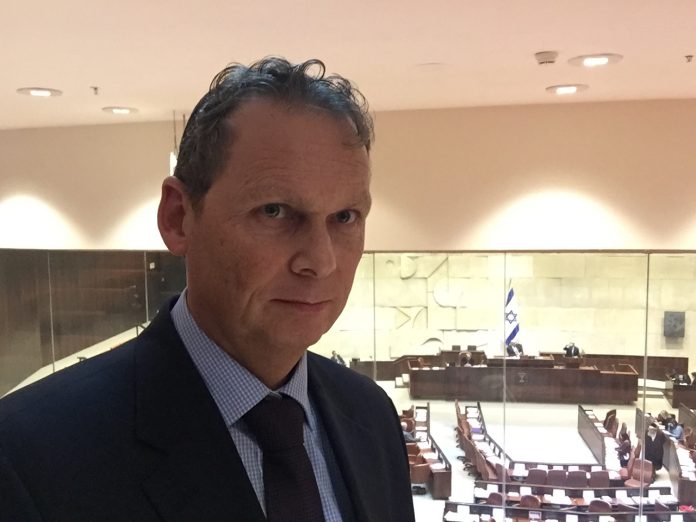 The police have so far recommended two indictments of corruption against Prime Minister Netanyahu and two are on hold. Last week, we looked at the evidence of Case 1000 which relates to the acceptance of gifts, mostly cigars, champagne and jewellery from Israeli businessman Arnon Milchen.

The second possible charge is known as Case 2000 and involves collusion with Arnon Mozes who is the publisher and controlling owner of the daily newspaper, Yediot Ahronot. Mozes asked for the meeting in 2014 in which he allegedly promised Netanyahu that his paper would give him more favourable coverage if he worked to shut down the pro-Netanyahu and popular free Yisrael HaYom newspaper, which was affecting Yediot sales.

Yediot Ahronot is perhaps the most influential newspaper in Israel and its front page dictates the daily news programming for radio and television broadcasts. But Yediot’s coverage of Netanyahu is implacably hostile to the premier and his family. To a lesser but significant degree, Yediot Ahronot is also deeply hostile to the Israeli political right.
According to the conversation, which was leaked to the media by the police more than a year ago, Netanyahu and Mozes discussed an elaborate scheme to change the newspaper business in Yediot‘s favour.

In their recorded conversation, Mozes raised the possibility of Netanyahu curtailing government advertising in Yisrael Hayom and working to cut back its circulation in order to increase Yediot Ahronot‘s market share. In exchange, Mozes offered to scale back the negative tone of his paper’s coverage of Netanyahu. Nothing came of the conversation.
In late 2014, against Netanyahu’s expressed wishes, then-Justice Minister Tzipi Livni put forward a controversial media bill, which was based on a legal opinion written by Yediot Ahronot‘s legal advisor. The bill, which was dubbed the “Yisrael Hayom law,” would have forced the shutdown of the paper because its owners were not charging money for it.
The law passed a preliminary reading in the Knesset with 43 votes but Netanyahu and his Likud Party rightly voted against the bill. Moreover, to prevent the bill from going forward, Netanyahu disbanded his government and the Knesset and called new elections less than 18 months into his term.

Questions were asked why the police refused to investigate any of the 43 lawmakers who voted in favour of the bill, or why the Yediot Ahronot newspaper supported the move.
Last month, the bill’s sponsor, Labor Party Knesset Member, Eitan Cabel, who enjoyed favourable coverage in the paper was brought in for a brief interview.

But the police are recommending that Netanyahu be indicted for a conversation that went nowhere, which he recorded. Although Cabel was given a brief interrogation by police, none of the other 42 MK’s that supported the bill were questioned.

Case 3000 related to Israel’s purchase of submarines from Germany and since Netanyahu’s associates are under investigation, his name was dragged into the affair. But the police have so far decided NOT to recommend an indictment here.

Case 4000 looks into the relationship between Netanyahu and the telecommunications company Bezeq. Its controlling shareholder Shaul Elovitch who also owns the Walla news website has in the past given favourable coverage to Netanyahu and that to the police is “suspicious.”

It is important to add that Elovitch is suspected of giving bribes in return for Communication Ministry benefits and Bezeq CEO Stella Handler was arrested this week. So, the police will question the Prime Minister at his home on Friday which is Purim in Jerusalem and is the time events are turned upside-down.

However, Channel 10 News this week leaked a WhatsApp chat between the judge in the Bezek corruption probe and an investigator for the prosecution. The chat involved coordinating the remand period for suspects in the case which of course looks really bad for the judge.

Next week we will sum up the evidence against Netanyahu which so far is all smoke and absolutely no fire and look back on the campaign against him since he first entered office in 1996.

You can vote on our poll whether you think Bibi should resign or stay on as Prime Minister.