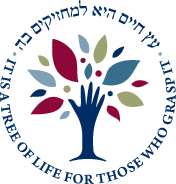 In his D’var Torah this week, the Chief Rabbi explains why Purim can be regarded as the holiest day of the year.

On Purim, which we are just about to celebrate, we wear fancy dress and the idea is to reveal the hidden identity of the person behind the mask.

In fact, every single thing that we do on the day is connected with this theme – ‘revealing the hidden’. We give Mishloach Manot, parcels of food to friends, and Matanot Le’evyonim, charity to the poor, and in this way, we reveal our feelings of warmth and of friendship that we have for others. We also drink more than we usually do.

You know, they say that there are three ways in which you can really tell the true character of a person and that is ‘Kiso’, ‘Kaaso’ and ‘Koso’.

Kiso, ‘their pocket’ – how they give to charity. Kaaso, ‘their rage’ – how they conduct themselves while angry. And Koso, ‘their cup’ – how they behave while under the influence. Sure enough, it reveals all that which is hidden.

‘The Megillah calls itself an Igeret, which means ‘a letter’. When you receive a letter, you are wondering what’s inside and then you open it up to reveal its hidden content’

When we read the Megillah, we are mindful of the fact that the Megillah calls itself an Igeret, which means ‘a letter’. When you receive a letter, you are wondering what’s inside and then you open it up to reveal its hidden content.

The key personality in the Megillah story, of course, is Esther, coming from the term Seter, which means ‘hidden’. She lived through a time when the presence of Hashem was seemingly hidden from our people and she rose to the occasion to help to save the Jewish nation.

And of course, more than anything, the Megillah itself, surprisingly, doesn’t feature the name of Hashem. No mention of God in the entire book, but Hashem was behind everything that happened. And so, our aim through reading the Megillah, is to reveal the hidden presence of Hashem at that time, and indeed through many occasions in our history.

Now, you know, our mystics tell us that Purim is the holiest day of the year. I might have thought that was Yom Kippurim, but they say, no, Yom Kippurim is Yom Ki-purim, ‘it is a day like Purim’.

And how right they are. On Yom Kippurim, in the absence of physical and material pleasures, it’s not too difficult to achieve great heights of spirituality. But on Purim, when we eat and we drink and we have a regular type of a day – on such a day, to reveal the hidden presence of Hashem in our lives, that is a great achievement.

Therefore, Purim serves as a model of a day for us to follow throughout the year, so that on all occasions, we can indeed feel the presence of Hashem and raise our levels of Kedusha, of holiness and spirituality.

So, have a great day! May you succeed in revealing the hidden, and have a wonderful Purim Sameach.

The Mechanism of Prayer

Caution, Chesed and Customers during Lockdown

“Dark moment” in history as pro-Trump rioters storm US Capitol