The shadows shifted and a figure emerged, sneaking across the rooftop. Stealthily, like a streak of lightening, only far more subtle, the thief jumped from rooftop to rooftop until he reached his destination. Working with deft fingers, he picked the lock and eased the skylight open. Dropping without a sound onto the muffling carpet, he melted into the shadows.

Yonatan smiled as he received his story back. A – not bad. He shoved it into his schoolbag on his way out the classroom and fell into step with his friends.
……………………………………
The alarm clock rudely shattered his slumber and Yonatan fumbled around, finally knocking it onto the floor and restoring silence into his life. “Ah…..agghh!” An icy chill crept up Yonatan’s legs as little Miriam pulled off his covers, giggling wildly.

“Mammy said you have to wake up.” With that, she stuck her thumb into her mouth and grinned expectantly.

“What are you waiting for?”

“She said I could tickle you if you don’t listen to me.” That was all he needed, he was dressed four minutes later and just made it into the car as his father drove off to the morning minyan.

Yosef and Avi were waiting and he hurried to meet them.

“Sorry, my little sis spilt her cereal all over my shirt.”

“OK, we were about to leave without you.”

“Nah, we were doing it for the story, plus it would be cool to see Mrs Adler’s face when her star pupil rocks up late.” Yosef grinned and elbowed Yonatan.

Avi elbowed his other side, “Yeah, we’re almost sorry you made it, I’d have liked to have seen that.”

“Ha, ha, well if we don’t hurry you’ll get to see her for a long time tonight when we all get detention,” replied Yonatan.

Shimon nodded. “What took you so long?” he said.

“Yonatan had a little fashion emergency,” smirked Avi. “We think Shakespeare really just wanted to keep us in suspense.”

Every day, Yonatan told the gang another chapter of a story. An active imagination and the gift of the gab gave him the ability to spin a tale like none other and the guys loved it. So did Mrs Adler, which is why Yonatan could do no wrong in her eyes. Many times the class had relied on Yonatan’s smooth tongue and sharp mind to exonerate them and even their principle found him hard to argue with. How many times had his mother blessed Hashem, when the promise of one of Yonatan’s tales broke up a fight or calmed hysterics? As for Yonatan, the master of the web, he was the word master, commanding the words to dance at will for the sparkle in his listener’s eyes. He drew the listeners in and spun threads of tales around them, making them see what he wanted to, think how he wanted them to, drinking in their praise, basking in the admiration of their eyes.

“Oh no!” The story came to an abrupt pause as Yonatan smacked his head.

“What?” Almost dazed, the boys demanded an explanation for the interruption.

“I left my Geography essay at home.”

Understanding dawned in their eyes. “Whoa, Mr Snider is going to hang, draw and quarter you.”

“I know…” Yonatan raked his fingers through his dark wild curls, “I’ll run home and get it.”

“I’ll go in lunch, it’s worth the risk. Old Snider will have no mercy on me if I forget his homework,” said Yonatan

When the bell rang for lunch Yosef looked meaningfully at Yonatan and Shimon looked him up and down. “Sure you want to do this?” asked Shimon. Yonatan nodded back and Avi waved him over.

“I’ll distract Rabbi Goldberg for you,” said Avi. “ But are you sure? It’s pouring! And those clouds look pretty nasty, a storm’s about to break.”

“I’ll be fine,” said Yonatan and he placed his feet onto the fence and hoisted himself up. Climbing quickly, he paused at the top just long enough to see Avi practically falling at Rabbi Goldberg’s feet crying, “But maybe I’m dying, cough, cough, I can’t breathe, save me!”

“And he calls me overdramatic!” thought Yonatan to himself and grinning, he jumped down and raced along the rivers that had once been streets. The clouds were getting darker and darker. By the time he reached his house, he was so drenched the keys slipped out of his fingers and he fumbled with the lock for what seemed like eternity. Finally it opened and he stumbled into the house, taking the stairs two at a time. He sprinted into his room and knocked everything off his desk as he scrambled madly for his essay. “Where is it? Where is it? Come on Hashem, please … thank You, thank You, thank You Hashem!”

Uh oh, the unmistakable roar of thunder sounded, a ton of bricks smashing to the ground. He hoped it was far away, he had to make it back to school now, he didn’t have time to wait. He skidded down the garden path and slammed into the gate, grazing his knee. His trousers were ripped, he was sure of that, but he had no time to stop. The water splashed all the way up to his thighs as he hurtled through the streets, slipping and sliding on the treacherous pavements. Thunder sounded again and again, louder and louder, but he couldn’t stop. Streaks of lightening flashed in his periphery but he had no time to pause.

Faster and faster he ran and brighter and brighter the bolts became. There were explosions of light, the thunder was deafening him and the rain was coming down so hard it stung, but he must not slow, he must not slow. He ran and ran. Suddenly a flash blinded him, exploding in all its glory around him. Pain sizzled through his body as electricity coursed through him, surging and raging inside him. The awesome crash of a thousand heavenly screams split the air, filling his mind until the sound was all he could feel, all he could perceive apart from the energy streaking through him, seeping out and draining all of his consciousness with it.

Yonatan fell to the ground in a dead faint as the last lightning bolt of the storm ended in him. 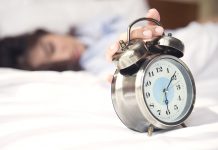