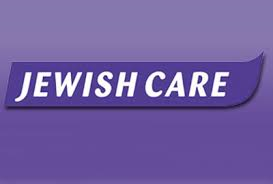 Jewish Care is launching a 3-pronged campaign to persuade the government to give local authorities enough money to pay the true cost of social care.

The impetus for the initiative is the more than £12 million a year it costs Jewish Care to bridge the ever-increasing gap between the true cost of social care and what local councils choose to pay Anglo-Jewry’s biggest charity.

The first step will be a series of meetings with MPs in the areas in which the charity works. The aim is to enlist their aid to help get Jewish Care’s voice heard at the highest levels in the corridors of power that deal with social care funding. Chancellor Philip Hammond stated in last week’s budget that a green paper on social care will be published later this year, and Jewish Care wants to make sure its views will help shape government thinking.

The second step is to make a concerted effort to shrink that funding gap between what local councils pay and the real cost of care. Part of that is to persuade the government that the £2 billion extra for social care promised by Mr Hammond also in last week’s budget is not diverted elsewhere by cash-strapped councils. The charity’s number crunchers have calculated that the £2 billion works out at about £7 million per local authority across the country.

“The gap has grown dramatically during the last decade,” said a Jewish Care spokesperson.

“Unless things change, it will continue to increase until it becomes unsustainable – and that’s not just for us, but anyone who is involved with social care.”

The third prong is to call on the government to clarify the role of family contributions towards the care of relatives and to work towards establishing partnerships with all those involved, including the NHS.

“When it comes to family contributions to help bridge the gap between local authority funding and the true cost of case, there needs to be a much clearer policy,” said the spokesperson. “The government needs to be more up front about saving and paying for their care.

“There’s a risk here. The public is hearing that there will be a precept on their council tax to pay for social care and that the government is giving more into social care. It’s easy to hear that social care is a service funded by the government and it’s a right just as the health system is. But it isn’t. All this additional funding will do is stick plasters over a system that, due to more than a decade’s worth of underfunding, is at breaking point.”

Today, 66% of the 650 residents living in Jewish Care homes are funded by the local authority because they do not have the means to pay for their own care, where their total assets are less than £23,500. The disparity between the average fees paid by local authorities, and in some cases health authorities, and the real cost of care is on average more than £370 per week per resident.

Where possible, families are asked to contribute towards plugging this gap, but even with family contributions, Jewish Care is still left with a shortfall in excess of £4 million each year. This shortfall is met through the organisation’s fundraising efforts.

The spokesperson commented: “We need to raise more than £4 million every year to meet the shortfall of local authority funding for our care homes alone. We have a range of other services including our social work team, helpline, community and day centres, some of which are entirely funded by the community.

“That’s why we need to raise £15 million each year to cover our revenue costs – it’s a lot of money from a relatively small community.

“We are part of a caring community and always have been. Jewish Care is the product of 125 years of social care organisations established by members of our community to ensure we provide support and care to those who need it. There is a deep-rooted, symbiotic relationship between Jewish Care and the community, with an understanding that we both need each other.”

People from across the community turn to Jewish Care for support at different stages in their lives. In return, Jewish Care relies on the community to support its services. Its work would not be possible without its volunteers and generous supporters.

The picture painted of social care is bleak. “Care homes across the country are closing, and if they are still in business, many are struggling,” says the spokesperson. “We are seeing increasing numbers of homes either limiting local authority-funded residents or stopping them altogether because they can’t make it pay. The number of places for those without the means to pay for their own care is shrinking. This is not something we ever want to do. Jewish Care is a charity for the whole Jewish community to meet its social needs. The last thing we would want to do is stop people who can’t pay for care from getting access to the care they deserve. We are committed to caring for everyone, regardless of their ability to pay.

“Without that, they would end up either in non-Jewish homes or, potentially worse, staying unnecessarily longer than required in hospital while suitable care is found.”

That scenario – known as bed-blocking – is familiar to Jewish Care. They have dealt with individuals who for whom they found a place in a care home after a spell in hospital. But their move from hospital was then delayed because the relevant funding package wasn’t in place.

“This has resulted in people staying in hospital for weeks while they wait for the local authority or health authority to agree their funding package,” said the spokesperson.

“Not only is this highly detrimental to the individual’s health and well-being, but it also costs the public purse – an NHS bed costs significantly more than a care home does. This problem is symptomatic of the silo approach we have when it comes to health and social care. This needs to change.”

The services Jewish Care and other social care organisations provide take the pressure off an already overstretched health system. Jewish Care has for some time been calling for a more integrated health and social care system. Few would dispute that investment in social care results in savings in the health budget.

“We need to understand that regardless of the headlines we read about additional funding for social care, this is a sector that will always have shortfalls.  We will all have a responsibility to pay for our own care and possibly support the care of relatives in the future.

“The only way to make it work is through partnerships, where government, local authorities, care providers and families all work together. That is why the government’s green paper should give much clearer direction and understanding about the role of family contributions.”

Mr Hammond talked of the aging population in his speech: “Today, there are half a million more people aged over 75 than there were in 2010, and there will be two million more in 10 years’ time.”

The spokesperson continued: “We are all only getting older and living longer. This comes with a complexity of social needs we have never seen before. We need to be providing a range of social care services to meet the differing needs of our aging population.”

The spokesperson said Jewish Care is managing to keep a range of services open, including some day centres.

Jewish Care is not facing a crisis “but we certainly have to make more difficult decisions than in the past while building services to meet both current and future need. It is challenging, but we know we are fortunate because we have the support of the community. That’s what makes us different from the other providers who are struggling to keep the doors of their services open.”