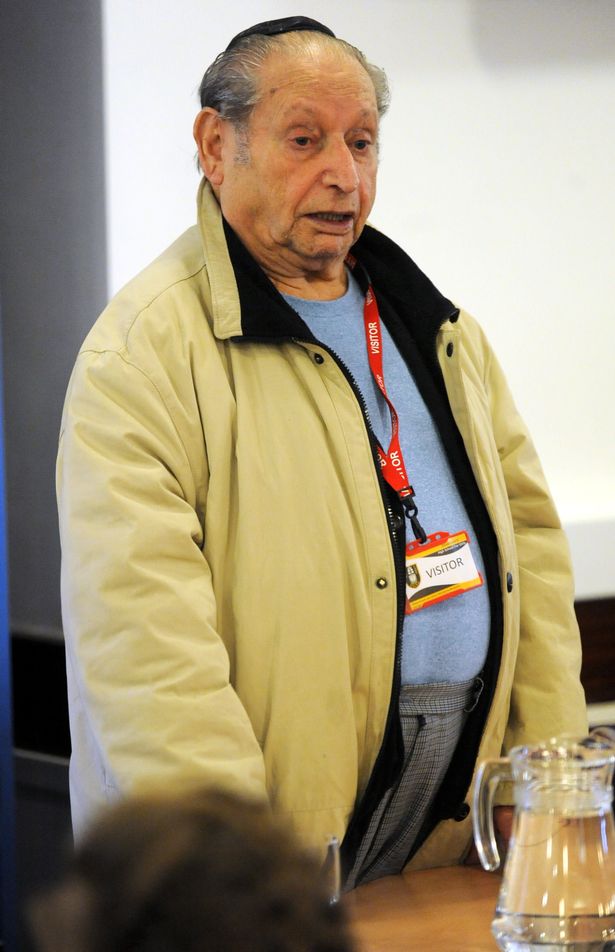 A true hero passed into Gan Eden during Chol HaMoed Succos, but he left behind a legacy of inspirational Holocaust stories that will be remembered for eternity. With enormous energy and huge determination, Solly Irving made it his life’s ambition to educate as many as possible – and as a witness to the very worst of humanity just 75 years ago, he will be remembered as a brave courageous survivor when six million of his fellow Jews perished.

For more than eighteen years, Solly travelled by train to cities across the UK but especially Plymouth, where its City Council sent him to dozens of schools and colleges to speak about the horrors of the Nazi Empire. Literally tens of thousands of mostly non-Jewish school children, students and teachers were influenced and touched by detailed descriptions of some of the most graphic events of the death camps during World War II.

On some occasions Solly spoke up to five times a day to large halls full of school children who would listen in silence sometimes with tears to his personal accounts and experiences. 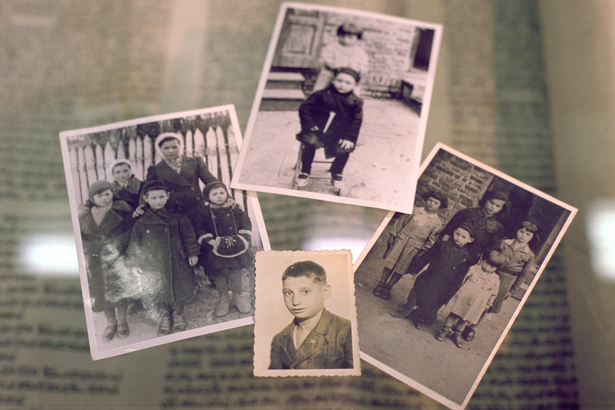 Solly Irving was born on 11 August, 1930 in Ryki, central Poland and was just nine years old when the Germans invaded in 1939.

His father Yisroel Yitzhak had been a grain merchant and while Solly said, “life was comfortable, there was open prejudice by the Christian population against the Jews.” As the prejudice changed to oppression and persecution, the local Jewish population were forced into a ghetto where they endured beatings, shootings, hunger and disease.

When the ghetto was cleared without warning in 1942, Solly’s father bribed a German soldier to let his son go and him to make his way to a nearby farm. As he marched down the road, Solly found his sister Leah, who had also been spared thanks to his father’s bribe.

But Solly’s remaining sisters, Rivka, Hindel and Hendel, together with their mother Chana Necha and Yisroel Yitzhak himself, were all deported to the Sobibór extermination camp.

Now aged just 12, Solly and his sister found temporary refuge with a cousin in the nearby town of Dęblin, living rough around neighbouring farms. However, they were eventually spotted by Nazi soldiers searching for runaway Jews and as they closed in on the farm, shots rang out and Solly was grabbed by a man in uniform. “I tried to struggle free but he said if I let you go, they will shoot you”, Solly said. “But I still struggled and ran and although there was more shooting, they didn’t shoot me – I don’t know why – I was destined to survive somehow.”

Solly was separated from his sister and never saw her again, presumably because, he says, “she was shot by the soldiers.”

Solly spent the next few months hiding in forests, finding food and shelter but constantly fearing discovery, before deciding that he would have a better chance of survival by smuggling himself with a working party into the Dęblin labour camp for Jews.

He regularly explained at his talks “that guards sorted the children to one side and adults to another” but Solly convinced the guard he could work and was sorted with the adults. “I was told that the younger children were killed,” he said. “Some of them shot, some of them smashed against a wall and thrown into a pit. I did not see that myself, but I have no reason to doubt it.”

Solly was put to work moving coal and cement to a nearby airfield for more than a year until the advance of the Red Army prompted the transfer of the inmates to another labour camp, in the city of Częstochowa.

In January 1945, during the last months of the war, he and other inmates were transported first, in freezing conditions to the Buchenwald concentration camp in Germany and as US troops closed in on Buchenwald in April 1945, to Terezín (Theresienstadt) in Czechoslovakia. It was from Terezín that Solly was finally liberated in May 1945 by the Red Army.

After liberation, Solly returned to Poland but was shocked at the anti-Semitic violence he experienced by fellow Poles and decided it was better to leave his country and head back to Terezín where he joined a group of some 740 teenagers and child survivors known as “The Boys.”

In the summer of 1945, this group of “Boys” were given permission to begin entry into Britain and Solly eventually settled in London where he established a business and married Sandra Silver in 1962 who gave birth to two daughters, Hazel and Ruth.

Sadly, as if Solly had not experienced enough tragedy in his life, Sandra passed away in 1971 aged just 29 and Solly was left alone to raise his two daughters.

Solly has given numerous press interviews over the years in which he revealed how he watched German warplanes machine-gun his town and how he was forced out of the ghetto at gunpoint at aged 12. He also explained how the Nazis, “shot those who were too old or ill to move and when the children cried, they shot them too.”

He also spoke about how prisoners were used as human shields to deter Allied air raids against military targets and that he even survived despite being given poisoned food which he refused to eat because of the bitter taste. Around him others were so hungry they ate and died.

Once at a talk in a Plymouth school, Solly said that in the last chaotic days of the war, he was caught scavenging for food when two Hungarian Nazis argued over who should waste a bullet on the boy as he jumped from a tree and ran.

Those who heard him speak said, there never appeared to be any bitterness on display, but just an eagerness to tell his story. He would say, “I’m a witness to it and I won’t be here forever, so promise me, remember me, you will be my witness in the future.”