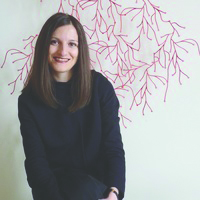 The balance between births and deaths in the Jewish population of the UK has changed dramatically over the past decade, with an excess of birth over deaths driving up the overall size of the population.

A new report, Vital statistics of the UK Jewish population: Births and deaths, authored by JPR Research Fellow, Dr Donatella Casale Mashiah, demonstrates that there have been more Jewish births than deaths in the UK in every year since 2006. For decades prior to this, the reverse was the case. In the latest available annual figures, the excess was close to 1,300 people.

These are some of the key findings in the report produced by the Institute for Jewish Policy Research on behalf of the Board of Deputies of British Jews.

Jewish birth and death counts have been monitored in the United Kingdom for several decades, and until recently, showed a clear excess of deaths over births. When deaths outnumber births, a population typically declines in size, unless it is buttressed by migration or other processes to help increase numbers, such as conversion. Neither of these factors has played a significant enough role in the UK to affect the overall balance within the Jewish population.

However, when births outnumber deaths, a population grows, and the new evidence outlined in the study indicates that, in contrast to almost all other Diaspora Jewish populations, this is the current situation in the UK.

The report cites two main reasons for the change: an unprecedented transition in mortality – seen not just in the UK Jewish population but generally in the UK and worldwide – as a result of economic developments, improving living standards, public health measures, sanitary reforms and advancements in medicine; and high fertility among strictly Orthodox Jews driving a compositional change in the UK Jewish population as a whole.

Beyond the portrait of the community painted in the study, the report also stresses the value of the data for community planning, particularly in the areas of facilities for child care and elderly care, school places, religious services and burial grounds.

“These new data not only provide further evidence of the extraordinary demographic shift happening in the UK Jewish population, but will also serve as a boon to community planners everywhere. They will be a vital resource, particularly for determining the numbers of primary school places needed in the years to come. Jewish population growth will be seen among the youngest age bands, especially in the most Orthodox sectors, and community leaders and planners will need to plan effectively for that.”

Chief Executive of the Board of Deputies, Gillian Merron, commented: “The Board of Deputies is committed to strategic research that supports our community’s ability to plan for school places for our young people and care facilities for our older people. This new report provides an essential analysis of the UK Jewish population and great insight into its different components and sectors. Most of all, it is wonderful to see that our vibrant, dynamic and thriving UK Jewish community is also growing.”