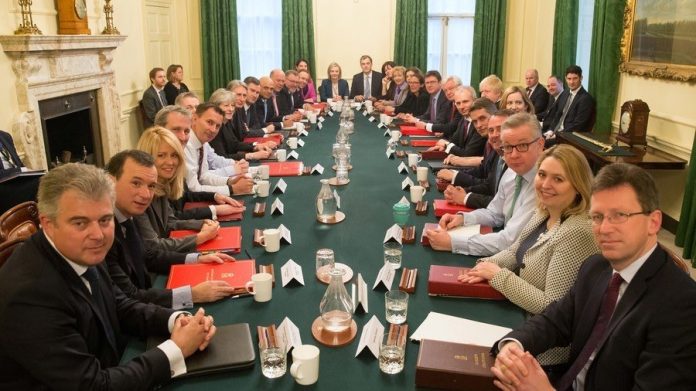 UK Prime Minister Theresa May will convene an emergency Cabinet meeting this afternoon to discuss the UK’s response to the suspected chemical weapons attack near Damascus.

According to the Financial Times, a British military base in Cyprus currently has six Typhoon fighter jets, eight GR4 Tornado aircraft and one air-to-air Voyager refuelling tanker. Also operating in the region are armed reconnaissance reaper drones and a Royal Navy type 45 destroyer on a NATO maritime mission.

Speaking in Birmingham yesterday, May declared that “all the indications” suggest the Syrian regime was responsible for the deadly chemical attack in Douma in a marked hardening of her language on the crisis.

She also said Russia’s “appalling” decision to veto attempts by the UN to determine responsibility meant there was now “no role” for the body.

May is empowered to deploy British forces under the Royal Prerogative without seeking the consent of Parliament, which is on its Easter recess until Monday 16 April. Labour leader Jeremy Corbyn said on Wednesday that MPs “should always be given a say on military action. That’s a case that I’ve made going back many, many years in Parliament,” he added.

The White House National Security team will also meet later today, according to CNN. It’s not known if US President Donald Trump will attend the meeting but he made his views clear in a Twitter tirade earlier Wednesday, warning: “Russia vows to shoot down any and all missiles fired at Syria. Get ready Russia, because they will be coming, nice and new and ‘smart! You shouldn’t be partners with a Gas Killing Animal who kills his people and enjoys it!”