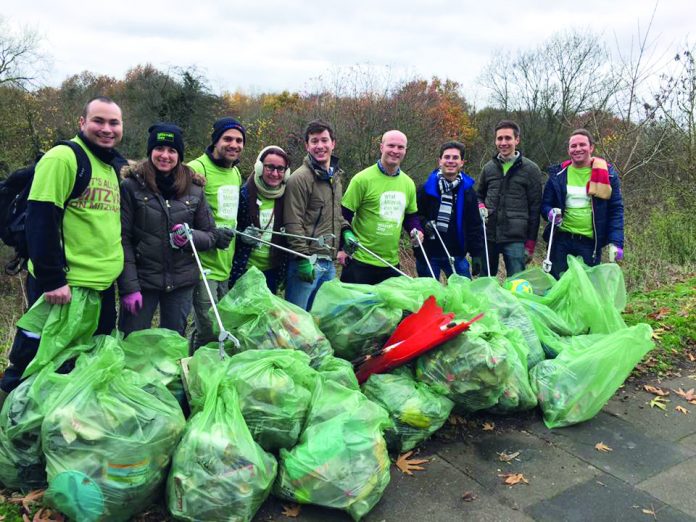 Back in February 2015, the United Synagogue published their strategic review, which highlighted some significant points in relation to British Jewry. One of the key areas it looked at was the need to encourage the large number of unaffiliated Jews to become involved in a community, and for exciting, engaging and vibrant communities to develop. It showed that a more modern approach was required, to embrace the changes in society with regards to the role of the synagogue. The traditional view of the synagogue as being a house of prayer has significantly changed for many. As Chief Rabbi Ephraim Mirvis has said, they must now serve as “powerhouses of Jewish religious, educational and cultural experience,” and he believes that opportunities for forming “social connections” are a key part of this.

Based on these findings, the US Communities of Potential initiative was set up in order to develop new community models, led by a board consisting of religious representatives and lay leaders. Its aim is to research Jewish population movement and to seek areas where this new model of inclusion can be put into practice.

The Mill Hill East Community, based in the Mill Hill East/Millbrook Park area of North London, can be seen as a case study for this new approach. As a grassroots-led community, it hopes to develop into a hub of Jewish life for those in the surrounding area, and it offers a chance to be part of a new and exciting community. Mill Hill East itself is currently thriving, with older housing stock and new developments which are attracting families, couples and single people to move to the area. With a local kosher bakery and deli, the community is well situated, falling at the centre of three eruvin (North London, Mill Hill and Woodside Park), and has good relationships with the neighbouring synagogues of Woodside Park, Mill Hill and Finchley.
Avi Gillis, 32, one of the co-founders of the community, moved to the area from Hendon and felt that there was no provision within the local area for him and his family in terms of a Jewish community. Along with his friend, Josh Kleiman, 30, they set about trying to create something to fill this gap. Avi explains:
“I felt that there was a need for a community, more than an actual need for a shul, to encourage the social aspects. We wanted to create a strong foundation, which we could then build upon.”

An open meeting was held in May 2016 to gauge interest in the area and to establish what the local Jewish people wanted from a new community. The response was impressive, with an attendance of more than 70. There was a mixture of people, ranging from young professionals and newly marrieds who had moved to the area to older people who either lived in the area for many years or who had chosen to downsize. All were keen to share their thoughts and opinions on what a new community could offer. The points raised ranged from the atmosphere of the community and the importance of being warm and welcoming, through to the way services could be run. It was also felt that including residents of the Jewish Blind and Disabled Home into services and integrating them into the community was key, and monthly Friday night services are now held at the home.

In September 2016, the Mill Hill East Community held their inaugural Shabbat service, which attracted more than 100 people, and the support for this community has continued through a series of events including a summer BBQ, communal Sukkot supper, Winter Wonderland event and, at end of this month, a Shabbaton that will be held with a guest appearance from Chief Rabbi Ephraim Mirvis.

One of the key differences in the way that this community works in relation to the traditional US model is that rather than having honorary officers and a board making decisions, there is a working group of 12-13 people at the core, using their skills and strengths to organise different elements of the community. Avi explains this approach:
“The community is very much like the model for a startup, which has founders and officers rather than boards. It’s a sign of the times that this is how a community can still develop and communicate. It allows people to be smart with their time and for them to concentrate on the key tasks required.”

In addition, the community make strong use of digital communication and social media, in particular using Facebook as a means of community building. Currently, there is no dedicated rabbi, although the community are keen to invite educators and visiting rabbis. Services are led by members of the community, which has helped to establish a participative atmosphere.
Looking towards the future, Avi sees the short term aim as being the chance to hold more regular services and the possibility of introducing a membership process to help strengthen the community, and enable further resources to be possible. In the longer term, the ideal would be for the community to obtain a premises of its own, and Avi’s philosophy of “evolution, not revolution” is key to achieving this.

Whereas Mill Hill East already benefited from a level of local Jewish infrastructure, the Communities of Potential board is working in other areas where there is currently less in place, but, yet, an increasing demand for Jewish facilities.

Hatfield in Hertfordshire is an example of this. Due to high property costs, many people have been priced out of the traditionally Jewish areas such as Hendon, Golders Green, Edgware and Borehamwood, and they are now looking further afield to set up their homes. Areas such as Hatfield and Welwyn Garden City are easily accessible, with good transport links, and are undergoing significant development that appeals to young couples, families and older people. These areas are still close enough to Jewish centres, making living a Jewish life still possible, but there is a need for more provisions to be made in these areas. Jo Grose, Head of Strategic Review Implementation at US, explains the US approach:
“For an area such as Hatfield, we are taking a more proactive approach – ‘build it and they will come.’ If we can expand the Jewish infrastructure, we will encourage people to move here and develop the community with us.”

Earlier this year an initial meeting was held in Hatfield, attracting around 80 people, and further surveys and discussion have happened since then, which included the suggestion that Moriah School might potentially look at opening a second site in the area, which would attract young families to the area and serve as a local community centre.

The proposed community in Hatfield is a far more long-term endeavour than that in Mill Hill East and is being developed in partnership with the community in Welwyn Garden City, which has been in the area for over 60 years.

The Strategic review highlighted the need for the US to recognise that people’s relationship with their synagogue is very different to what it was a generation ago. By putting professional staff on the ground in Hatfield, the US intends to focus on community development rather than opening a new synagogue. Jo Grose explains:
“The future of the US is not solely to have large synagogue centres of 2000+ members. Many people also like smaller, less formal communities where they feel needed and can play an active role.”

As well as these bigger projects, other new communities such as Ahavas Yisrael in Edgware and Magen Avot in Hendon have also developed. These communities can be considered to be at the more observant end of the scale and came about through the need to cater for this within the local area. Jo Grose continues:
“One of the key areas that we need to focus on is the involvement of youth within the US because this will be the next generation of shul goers. The existing members of the community are our main priority, but we also recognise that there is a need to establish new communities, or adopt new strategies in order to ensure that the membership continues. By addressing this now, we will ensure that the US will continue going from strength to strength.”

The US are also looking at other areas to develop in and around London, such as Hackney in East London and Colindale in North London, which again are areas that Jewish people are tending to move to.

Overall, it would seem that the review has given the US a better understanding of the current state of British Jewry and the areas in which it needs to focus. In addition to building new communities, Jo Grose is keen to point out that future US strategy is centred around helping existing congregations to grow, develop and adapt, and expanding its provision for young people through Tribe and Young US.