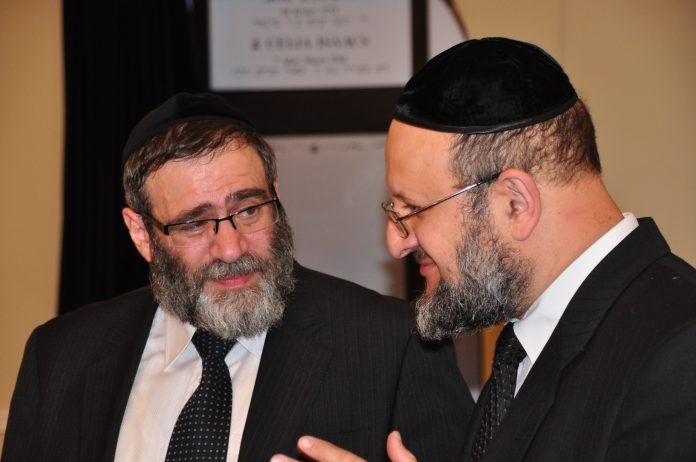 The United Synagogue is to set up a new drop-in centre for asylum seekers which will be opened at the Hendon Synagogue Community Centre for two hours a month. This centre will work with similar centres in the area to ensure that more assistance is provided to those who have come to the UK after being forced to flee their own country.
The drop-in centre is part of the community-wide efforts to aid those seeking asylum in the UK and will help up to 12 families with young children, offering various methods of support for asylum seekers. These will include professional mentoring, providing food and friendship as well as a play area which will be run by Tribe. The centre’s services will be coordinated centrally and run by volunteers from across the wider US community.
US Chesed will be collecting items such as warm winter clothes, shoes and toys that will be donated to those using the centre.
All families wishing to use the drop-in centre will have been approved by the Home Office and their Case Worker before attending.
Speaking about the announcement, Rabbi Michael Laitner of the Jewish Living Division, said: “Chesed (kindness), is one of the pillars of Judaism. As such, the United Synagogue believe that we have a duty to support all those who need our help. This has been a major issue in the UK in recent years and all at The US are now delighted that we are able to do our part and join the communal effort to make those seeking asylum feel welcome in Britain.”
Tim Cowen, Co-Chair of Highgate US, said: “Our grandparents came to this country as refugees fleeing from danger, unable to speak the language and in need of help. Through the efforts of Yael Peleg and others at the United Synagogue, we now have the opportunity to offer support to others in the same desperate situation – and we should.”
Rabbi Mordechai Ginsbury of Hendon US commented: “I look forward to welcoming, both personally and on behalf of our Synagogue, those asylum seekers who will be attending US Chesed’s planned monthly support facility in our Community Centre. My own late maternal grandparents, Ernst and Lotte Frohwein a”h came to this country as refugees from Nazi Germany in 1938 and had they not been granted sanctuary in the UK, I and many, many dozens of their other descendants would, in all probability, not be here to ‘tell the tale.’
It is a privilege to be part of an unfolding tale of Jewish destiny and responsibility when, within two generations, those who are direct descendants of once vulnerable asylum seekers, can take part in a project to extend support to others who are today’s unfortunate and vulnerable asylum seekers. My grandparents, like so many other Jewish immigrants to this country, more than made good on the opportunity afforded them, becoming loyal integrated highly functional charitable and caring members of Jewish and British society. I hope that US Chesed’s new project, hosted on our Shul’s campus, will lead to today’s asylum seekers achieving similar success with their lives.”