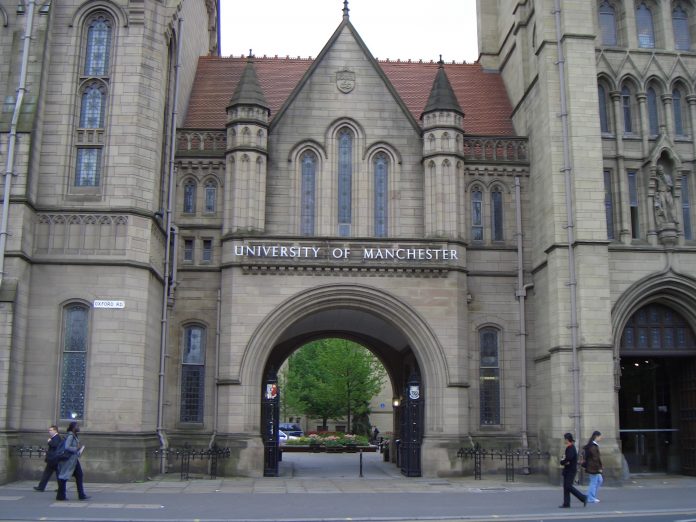 Jewish academics, members of both the Houses of Lords and Commons and a former Archbishop of Canterbury are expressing grave concerns regarding Manchester University’s refusal to take Holocaust denial literature off its open shelves and place it under “restricted access.” The campaign is being led by historian, author and translator Dr Irene Lancaster and Dr Gillian Moss, a retired consultant psychiatrist in Greater Manchester. The two campaigners met the university’s Associate Vice President for Social Responsibility Professor James Thompson and Head of Equalities and Diversity Patrick Johnson on Tuesday (4th April 2017.) Dr Lancaster and Dr Moss insisted that material by notorious Holocaust denier David Irving and others currently on open access at a variety of University Manchester libraries be moved to closed access and labelled as Holocaust denial material, which would be available only by prior request to genuine research scholars. The two university representatives refused to agree to relocating the denial literature, which formed the basis of the court case for libel Irving brought against American historian Professor Deborah Lipstadt and which feature in the current acclaimed film ‘Denial.’ Professor Thompson said they had consulted with their own experts in the Centre for Jewish Studies and with the Head Librarian, all of whom were in favour of retaining the status quo. Churchill College Cambridge has already restricted access to its Holocaust denial literature at Dr Lancaster’s request. Dr Lancaster’s MP Graham Stringer, (Blackley and Broughton, Labour) and Dr Rowan Williams, the former Archbishop of Canterbury and currently Master of Magdalene College, Cambridge, both support the campaign and have written to the Vice Chancellor of Manchester University, Professor Dame Nancy Rothwell and to the Universities Minister Jo Johnson to complain. The campaign against anti-Semitism in UK universities is also being supported by Baroness Ruth Deech, a former Principal of St. Anne’s College, Oxford and a former independent adjudicator for higher education. Dr Lancaster has worked with the Yad Vashem Holocaust Museum in Jerusalem and was the first person to teach Jewish history as an academic subject at Manchester University. She said that the continuing presence of these books and the reaction of the librarian and the Centre of Jewish Studies were “not conducive to the well-being of Jewish staff and students on the Manchester campus.” Baroness Deech recently claimed publicly that Manchester University is a “no-go area for Jews.” Dr Lancaster and Dr Moss added: “In the present climate, refusing to guarantee a change of location for these disgusting books which deliberately distort the Holocaust, as a result of which the author has been condemned as a racist in a British court and also been imprisoned, Manchester University, which has been shamelessly prevaricating over this situation and refusing to respond even to requests from a local MP, is telling the Jewish community that their concerns do not matter and that if future Jewish students want to apply to study history at Manchester University, they will have to put up with books which distort and falsify their history.” Other local Jewish academics claim Manchester University is continuing to fail to provide a safe and inclusive environment for Jewish students and staff, and that this is just one more case of Jewish students and staff at Manchester University being singled out for harassment, discrimination, racism and anti-Semitism, as recently implied by Baroness Deech.