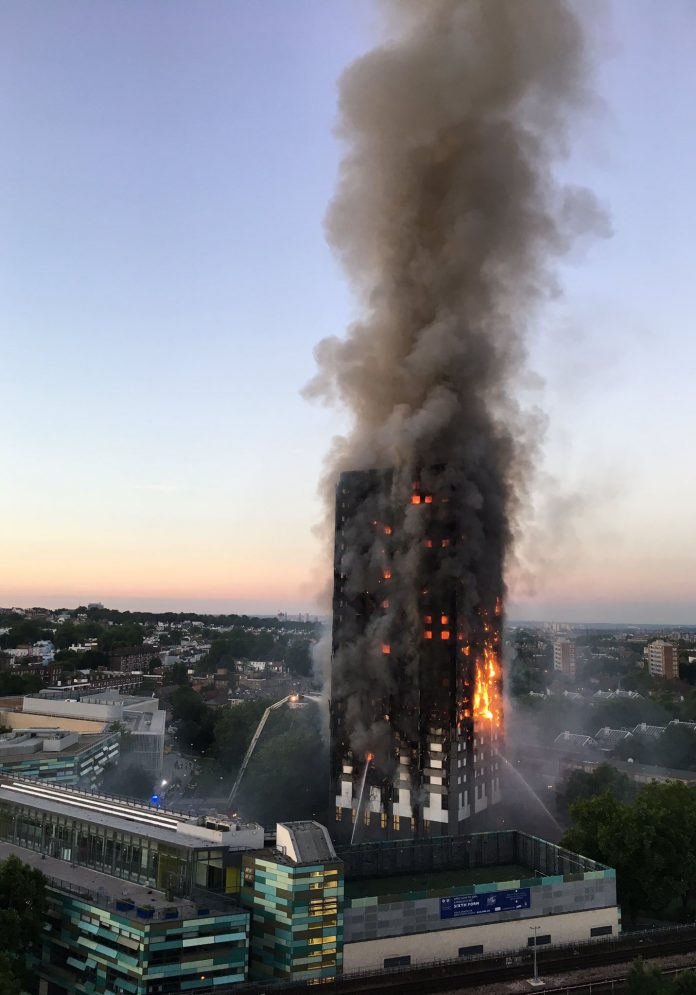 A spokesperson for the United Synagogue Chessed Project told The Jewish Weekly that they have offered their own volunteers to help victims of the Grenfell Tower blaze whenever they are ready. Lawyers, therapists, child phycologists and many other professionals will donate their expertise and time through the US project.
This latest gesture from the Jewish community comes after the local Holland Park and New West Synagogues urged its members to offer assistance to victims. Many answered the call by donating blankets, clothes, toiletries and food.
Rabbi Avraham (Mino) Labi of Holland Park Synagogue and Rabbi Moshe Freedman of the New West End Synagogue have both visited the North Kensington community on several occasions, liaising with the Christian and Muslim chaplains.
A volunteer working with the relief effort said that the response from Jewish communities across London has been overwhelming. People are reaching out to help dozens of families affected by the fire, which engulfed the 24-storey Grenfell Tower block of flats in West London.
Synagogues as far away as Hertfordshire joined in the relief effort, and Borehamwood Synagogue began a communal collection almost immediately after the tragedy.
The inferno ripped through the block, which housed 120 families in North Kensington, leaving people trapped on upper floors with firemen unable to reach them.
As flames licked up the building, some desperately held their babies from windows while others jumped. Hundreds of firefighters battled to control the blaze and were all praised for doing such a heroic job. The building had only recently been refurbished, with new aluminium cladding covering the exterior.
But anger has now turned to rage with local Kensington residents demanding answers like why was the building such a fire trap and who exactly is to blame?
These answers will take many months, perhaps years, but prosecutions could come if police find the law was broken.
Chief Rabbi Ephraim Mirvis said just after the fire, “The pictures of the fire at Grenfell Tower are truly harrowing. My thoughts and prayers today are with all of those affected and with the heroes running towards danger to help save lives. May G-d be with them all.”