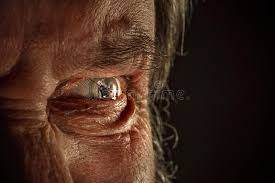 The enemy is at the doorstep. The Jewish people are about to enter the promised land and establish the kingdom of G-d. Hastily, King Balak of Moav and his sworn enemy Bilam, the Midyanite prophet, conspire to halt the Jewish ” invasion”. Recognizing that military efforts are pointless, Balak enlists the assistance of a super-prophet who wields psychic powers and can impose a supernatural spell upon the people of G-d.

Bilam desperately attempts to curse the Jews but fails three times. After three botched attempts he doesn’t even attempt to curse the Jews, but instead, delivers Messinic prophecies. There is a noticeable difference between his first two failures and his final failure. Bilam’s first two fiascos begin with his acknowledgement that he doesn’t actually enjoy prophetic autonomy. Prophets, especially a moral reprobate like himself, are just mouthpieces for Divine communication. As Bilam cannot operate or even schedule his prophecy, his hopes of opposing Hashem’s interests are futile. The hilarious scene with his donkey parodies his inadequacies. Bilam, the great visionary prophet cannot even discern the angelic visitor so apparent to his donkey. Only G-d will determine what he sees, who will be blessed and who will be cursed and Bilam is powerless to influence these decisions.

The third failed curse has a very different feel to it. Bilam gazes at the tranquil scene of Jewish families living serenely in harsh desert conditions, and his malice is converted into sympathy. This last inversion of potential curses into blessings isn’t attributed to G-d’s control over Bilam’s prophecy. This “shift” is more a function of Bilam’s hatred of the Jews being transformed into admiration and respect. Initially, Bilam assumed that he could harness his deep contempt for the Jews into a venomous curse. Gradually, as he looks upon this people, he is “won over” and his dislike is replaced by respect and appreciation. He even becomes envious of the Jews, of their historical lot, and of their future. As his hatred recedes, he cannot summon the enmity necessary to condemn a nation he now genuinely respects. This final narrative- the third failed attempt to curse the Jews- isn’t a narrative of Divine authority over human prophecy. Instead, it is a narrative about hatred, and how it can be converted to admiration or, at the very least, tolerance.

How was Bilam’s hatred converted? Why do we hate, and what can we do to lessen our contempt?

The first part of Bilam’s transformation is a product of his viewing the Jews as real people rather than ghastly caricatures. When we dislike a character trait, we tend to “tag” that person, exaggerate the disapproved trait, and, ultimately, villainize the person. Villiainization allows us to justify our hatred and sadly, sometimes, to justify violence. Hitler could not sell his hatred to an otherwise moral population unless he portrayed the Jewish race as sub-Aryan monster threatening the genetic purity of Western civilization.  Once we villainize, we desensitize, and it becomes easier to hate.

Bilam and Balak demonized the Jews into monsters of their own imagination. They portrayed the Jews as a voracious ox, consuming all the grass of the meadow, or as a swarm, about to blot out the sun. These hyperboles, hatched out of fear and anxiety, cast the Jews as worthy of extermination. Bilam’s blood boiled, his hatred surged, and he assumed that his vitriol would naturally explode as a curse.

At which point he gazes upon Jewish families living idyllic lifestyles. These monsters are now human beings- husbands and mothers, children and siblings. The Jews have now been re-humanized into real people –not voracious oxen- and they are no longer the monsters he had detested. Having replaced his imaginary monsters with real people, Bilam’s hatred subsides, and his curses are snuffed.

It is easier to hate perceived monsters than to dislike real people. In our modern polarized world, we live among “ourselves” snuggly protected within the security of our “in-groups”, rarely interacting with “others” who we assign to our “out-groups”. In the safety of our own echo chambers, we don’t engage in enough cross-group experiences to meet others from “out-groups”. When we don’t encounter people on a human or person-to person level, it is easier to hate based upon ideological arguments, political differences or other irritations. Sadly, the world is divided into two groups: those who divide the world into groups and those who don’t. We are becoming a people of groupings, and without meeting each other as humans, we simmer with hatred.

Bilam’s hatred subsides for a second reason: he spans the nation from the top of a mountain cliff. When we obsess about a particular disliked character trait, without zooming out and considering the entire person, our hatred seethes. Everyone possesses appealing and less attractive traits. Contempt is born when we focus upon their disagreeable traits and ignore their broader redeeming qualities. No one is more aware of the impact of “partial viewing” than Bilam. Having failed to curse the Jews, he relocates to a different overhang, searching for a cliff from which he can gaze upon a fragment of the population without considering the entire nation. He recognizes that zooming out will provide perspective and temper his revulsion. If he sees them too clearly, he will admire them too much to curse them. By honing in on a particular region of the camp, or a particular segment of the population he hopes to maintain his contempt.

Myopic vision fuels hatred. We convince ourselves that the people we dislike are defined by the trait we dislike. In reality, people are rarely defined by one particular trait and are rarely as one-dimensional as our irate hatred depicts them. But hatred, by nature, is obsessive and we become too preoccupied with our dislike and our loathing. All-inclusive assessments provide fuller pictures, more respect and less hatred.

There is a final factor behind the waning of Bilam’s hatred. The donkey fiasco is humiliating. His donkey envisions angels that he can’t discern, and, worse, he is lectured by that donkey about loyalty and aggression. Earlier in the story we encounter a very confident and even cocky international celebrity who enjoys the public attention and the offers of wealth and honor. Bilam delights in the negotiations, realizing that, at some point, he can name his price. He also enjoys keeping his solicitors in suspense, waiting for G-d’s reply. He relishes the spotlight, and his oversized ego craves gold and honor.

Cockiness and self-absorption often lead to hatred. We hate those we deem less worthy than ourselves. Sometimes we view them as threats, other times as nuisances, but always, as inferior to ourselves and “deserving” of our hatred. From Bilam’s palace, everything seems clear and simple. He is G-d’s chosen, an internationally acclaimed prophet and the Jews threaten his position and his influence. He is riled to hatred against this irksome band of former slaves who jeopardize his career.

After being embarrassed by his donkey, Bilam has lost his swagger. He has been humbled, and no longer feeling so superior, he cannot possibly hate them as much as the “old Bilam” detested them. After being dishonored by his own donkey his hatred fades.

Bilam’s hatred is converted into admiration because he takes a broad view of the Jews as human beings, and because he sheds his arrogance. Bilam’s conversion contains valuable instructions about minimizing or eliminating our own hatreds.