World Jewish Congress has condemned Hamas for environmental crimes in a petition to the United Nations.
Incendiary kites and balloons flown from Gaza into Israel in recent months have killed hundreds of animals and destroyed over 8,000 acres of farmland and woodland.
Over 22,000 people backed the submission by the CEO of World Jewish Congress, Robert Singer, to UN Environment Program Deputy Director, Jamil Ahmad.
Sonia Gomes de Mesquita, WJC Vice President, presented the petition to MK Yoav Kish, Knesset’s Internal Affairs and Environment Committee chairman on Monday.
WJC plans to pass the petition to southern regional councils harmed by terror attacks.
Singer praised UNEP for its environmental stance but called on Ahmad and the organisation’s leaders to back the appeal.
“Hamas is committing consistent environmental crimes, burning thousands of tyres and launching thousands of incendiary devices into Israeli territory in a deliberate and inexcusable act of environmental warfare,” he explained.
“Attacks against innocent beings is never acceptable and today we are seeing both animals and nature being targeted as victims of war.”
Singer added, “The combined effect of these heinous acts over the last five months has meant the killing of hundreds of animals and the destruction of more than 8,000 acres of land, including 2,700 acres of protected nature reserves. This has led to the release of toxic materials into the fragile ecosystem but has also to the release of toxic materials into the fragile ecosystem.
“Local wildlife is either killed or forced to flee their native habitats.
“Forests and farmland have been ravaged and the livelihood of the thousands of farmers who have committed their lives to turning what was once desert into an oasis has been shattered.
“It will take years to reverse the ecological damage caused by Hamas.”
Singer noted that International Humanitarian Law banned environmental destruction.
“The international community remains silent while Hamas practices environmental warfare, which jeopardises Israeli citizens and wild animals,” he noted.
“The international Law prohibits using methods or warfare meant to cause severe, long-term, and wide-scale damage.
“It is evident Hamas is intentionally causing environmental damage which constitutes a crime against the environment.”
Singer added, “We hope UNEP will join us in condemning this environmental warfare and use all necessary measures at their disposal to ensure that these illegal actions cease immediately.
“Mr. Ahmad has said, ‘animals don’t have passports’. We must do everything in our power to protect the environment against attack.”
The most recent incident resulted in one of the largest fires to date at Ein HaBesor, a moshav in the Eshkol Regional Council last Saturday night.
Firefighters attended the scene.
Southern district fire department spokesman Eli Cohen warned the fire could burn for several days.
Another fire broke in the Kissufim area but was extinguished quickly.
Defence Minister, Avigdor Lieberman, reduced the Gaza Strip’s fishing zone from nine to six nautical miles as a result after discussions with IDF and Shin Bet officials.
Other measures could affect the Kerem Shalom crossing.
Prime Minister, Benjamin Netanyahu, vowed to take strong action against Gaza for every action against Israel and residents of the south. 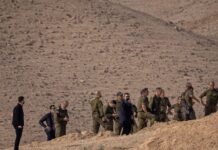 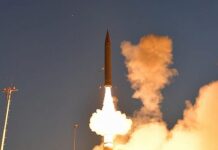