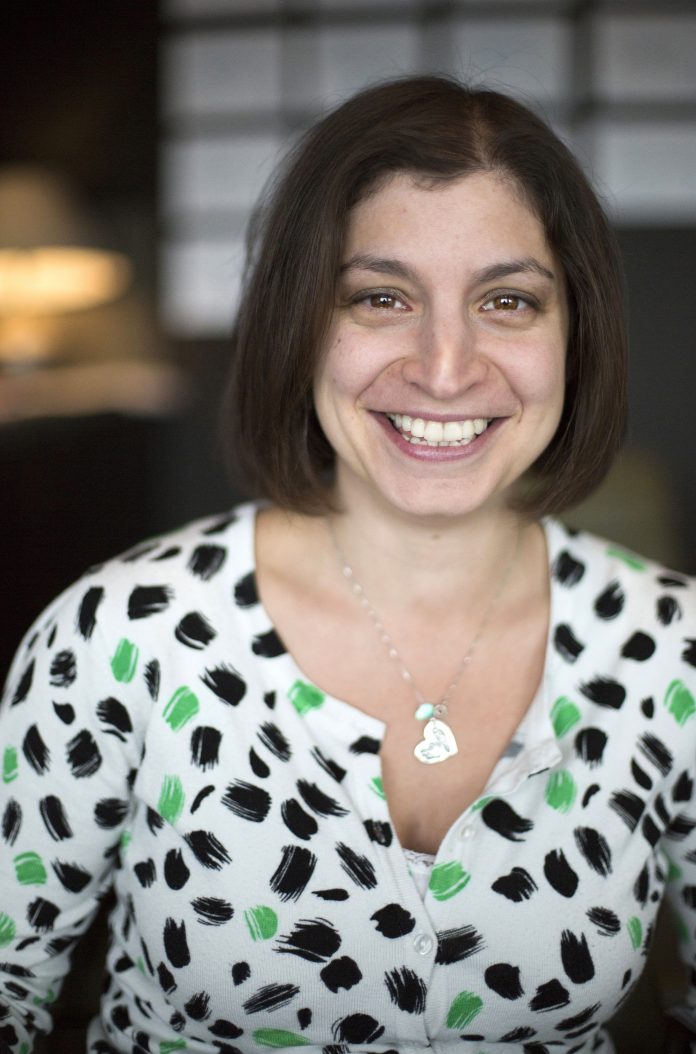 Amy Braier, Director of the Pears Foundation, was honoured with a special award recently recognising her commitment to the Jewish community. The JFN JJ Greenberg Memorial Award honours young foundation professionals, aged 40 or under, working in grant-making who have demonstrated significant leadership within the Jewish community. The award was created in memory of Jonathan Joseph Greenberg who tragically died in a traffic accident in 2002 aged just 36, and is presented annually to an individual, who like JJ himself, demonstrates the highest of Jewish values through words and actions, in all aspects of life.
Amy was unaware that she had even been nominated for the award by her colleagues, until she was contacted a few months ago. As she explains; “When I found out about the award, it was a complete surprise, but a really lovely one as well. It is great to receive the recognition not only for myself but for the work that the Pears Foundation team does and on behalf of all of our partner organisations, and I am both thrilled and humbled to have been chosen.” As the 15th recipient of this award, Amy is only the first to be from the UK, which makes it an extra special achievement.

Pears Foundation is an independent British family foundation established by brothers Mark, Trevor and David Pears, all of whom serve as Trustees. It aims to use some of the resources of their family’s property company, The William Pears Group, to help support and fund organisations and projects both within the Jewish community and the wider charity world.
As full time Executive Chair, Sir Trevor Pears works closely with Amy, and also recognises her contribution to the foundation in light of this award, he comments: “When Amy started over 10 years ago we were still in the early years of developing strategy and structure. She built the professional infrastructure and identified some of the key areas that we would ultimately pursue in terms of our grant-making priorities. Her contribution is immeasurable and I am glad that she has been recognised in this way, as her quiet and humble manner means she rarely receives the accolades that she very much deserves.”

Pears Foundation supports a wide range of organisations and has around 250 partners worldwide that it works with. Many of these are supported on a long term basis, allowing Amy to develop strong working relationships with them, which is something that she really enjoys. “Being involved with these organisations over a long period of time means that we can develop a good understanding of their needs and the challenges they face and really see how our support helps them to grow and develop. It also allows us to gain a good understanding of how we can continue to support them in the future.”

In her role as Director, Amy oversees the Foundation’s grant-making and operations and also leads on its Holocaust education and higher education work. The Foundation was involved in establishing the UCL Centre for Holocaust Education, as well as the Pears Institute for the Study of Anti-Semitism and the UK Task Force on issues relating to the Arab citizens of Israel. She has also been involved as a Trustee for Holocaust Memorial Day.

Prior to working for the Pears foundation, Amy worked for the Greater London Authority and the Parliamentary Committee against Anti-Semitism, and it was through this involvement that she met Sir Trevor Pears who was one of its supporters. “At the time, he was looking for someone to help grow his foundation, and when I spoke to him and heard his vision for the British Jewish community, I knew that I had to be part of making it a reality.” Over ten years later, she is still as passionate and enthusiastic about the work she does, and says that she feels ‘really lucky’ to have found a job that she loves so much. She adds: “I am really privileged to work with so many amazing people, both as colleagues and through the organisations I work so closely with.”

Amy feels that winning this award will give her even more motivation to continue the work that she is doing. “It is a great honour to receive this award, and I feel that this will spur me on to work even harder for this amazing foundation. When people ask me what my role is here, I say that I am kind of like the conductor of the orchestra. I work with a fantastic team to bring it all together, to enable the Pears family to achieve their philanthropic vision, and make sure everyone is working in harmony. I hope that through my ongoing actions, I can continue to show that I am worthy of receiving this award, and what it means to myself and the foundation.”

If you would like to nominate a ‘Woman Of Worth’ to be featured on this page then please email micaela@thejewishweekly.com