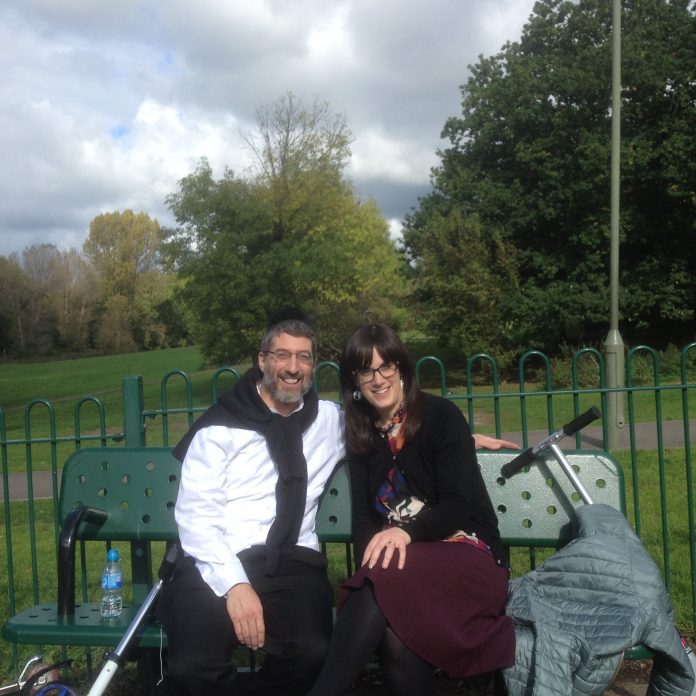 Purim is always a fun time of year, but for Sara Silkin it can also be a very busy one. As the administrator of the Purim Gemach in Edgware, she helps adults and children to find the right costume to celebrate the festival in style.

Sara had the idea for the gemach when she was based at Elstree and Borehamwood United Synagogue. As she explains, “Every Purim, people would have such amazing costumes, and they would often wear them just once, and I thought it was such a shame to waste them. I sent a message out to the congregation asking if they would be willing to donate their costumes, and it kind of snowballed from there.” She now has over 300 fancy dress outfits, which she stores at her home in Hendon. As well as the costumes, she is also responsible for a tablecloth gemach, which is also constantly busy with requests. She hires out tablecloths for various simchas and events, which she feels is a real help to those in the community for those that need them.

Sara and her husband, Rabbi Shimshon, have always been community minded, and spent many of their early years of the marriage working within small communities in America. “When we got married, we originally lived in Israel, but then my husband was offered the chance to be an assistant Rabbi in St Louis, Missouri, which was an amazing opportunity.” During this time, Sara, who taught in the local Hebrew Epstein Academy, feels that they both learnt and they were able to apply this to their next posting as Education Directors of an organisation called DATA in Plano, a suburb of Dallas, Texas. When they arrived, there were as many as around 15,000 Jews in the area but many were not connected to their Judaism at all. Sara and her husband worked hard to create programmes and activities to reach out to the local community. They were able to set up a centre which became central to the community, and when they returned to the UK 3 ½ years later, they left behind a vibrant, thriving Jewish community, which still continues today.

When they returned to Hendon in 2006, they tried to continue their outreach as Community Directors of Aish UK but found that the area was not ideal for them, as there were a lot of other programmes and organisations doing the same thing. They decided to move to Elstree and Borehamwood, which was attracting young married couples, and families, and became involved in SEED working on outreach projects. When the incumbent Rabbi and Rebbetzin, Naftali and Dina Brawer left their position at the helm of the United Synagogue community in 2011, the Silkins stepped into an interim role for 2 years until the shul found an excellent rabbi to take their place, Rabbi Kanterowitz. They remained in the area for a few years continuing to do outreach, as they had made good friends, and established their own minyan within the community. They later decided to move back to Hendon.

Since moving to Hendon, Rabbi Silkin has moved into a role as educator teaching in schools as director of an organisation called Chazon, which is part of the Jewish Futures Trust. Sara refers to the work that he does now as being ‘inreach, rather than outreach’ as it helps religious people to understand and appreciate their faith, and encourages them to be proud of their Judaism and what it means to them through lessons, seminars, workshops and trips to Europe and Israel. Sara is also involved in these projects, and contributes much time and energy towards their success.

Sara is also involved in Phone and Learn (PaL) which is a service that allows people to learn by phone with people within the community at a time that suits them. It is a completely free service, and open to anyone wishing to learn more about all aspects of Judaism. Having previously been a teacher, she decided to use her experience of teaching, and her passion in reaching out to the unaffiliated through her work at PaL. As she explains, “Many people that had a minimal Jewish education growing up start to look for more information and understanding later in their life, often when they have children of their own. PaL is able to give them opportunities to explore more about the richness of Judaism, which is something that I was lucky to have had, and I am now keen to share with others.” Sara’s role is to match people (partners) that are interested in learning with the right teacher to help them. Sara explains, “I get a huge pleasure when I hear how much the ‘partners’ are enjoying the learning and equally the ‘teachers’ who get a big satisfaction when they give over their knowledge.”

Rivka Graham works with Sara at PaL, and describes her as having ‘boundless energy which adds so much to the Phone and Learn team’. She adds, “Her friendly and caring personality lends itself to her role as Follow-up Coordinator at PaL, signing up new partners and tutors, setting up and nurturing new learning partnerships. Sara always goes the extra mile in whatever she does!

In the past few years, Sara has also been involved in running brachot parties for girls. She first started them after hearing about something similar taking place in Israel. “Brachot parties are a real passion of mine, and are a great way to teach young children the importance of making blessings over their food. Just as we learn to say please and thank you for things, I think it is important that we teach children that saying brachot is our way to thank Hashem.” The ‘parties’ run over the summer months on Shabbat afternoons for girls of primary school age. They meet up once a month at people’s houses, and they learn different brachot for different snacks and drinks.” Once a year, she also organises a ‘grand party’ at Hasmonean Girls School in Mill Hill with around 500 – 600 girls attending. There is also a party held for boys, which attracts up to 400 boys. “It is always great fun, and everyone has a really good time. Not only do they learn more about saying brachot, but it is also a great social occasion. They even get a souvenir of the event at the end of the day.”
Sara’s passion and enthusiasm to help others is something that she also encourages in her 8 children, and she involves them in many of the different things she does. “I always look out for opportunities to help and support people, and I encourage my children to do the same. I want them to be involved, so that they appreciate and understand what I am doing. I believe that teaching by example, is the best way to instill values into children that they will take with them into their lives.”