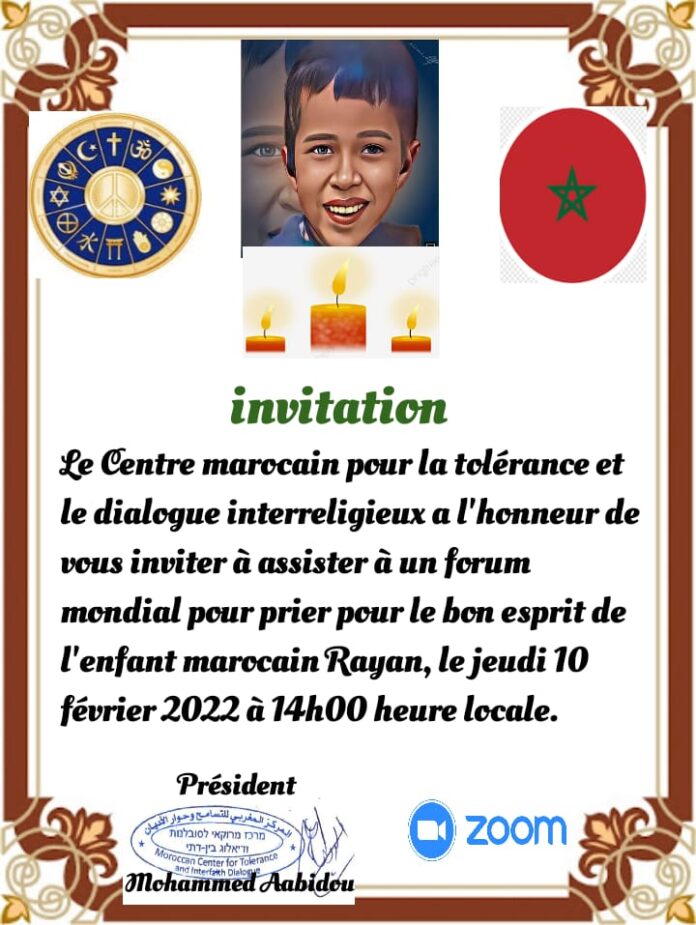 Morocco is in trauma. Rayan Ouram, (pictured here), a 5 year old boy, stumbled into a pit  near Chefchaouen in North Morocco, and fell more than 32 metres to its bottom. The pit was too narrow for adults to climb down and rescue him. Could the locals save him? All of Morocco held its breath as another pit was dug beside his to try and save him,

Jews here, indeed throughout Morocco, have been praying for Rayan, together with all of the Moroccan nation. All our hearts have gone out for the smiling youngster, and his anxious family. The developments were followed nationally by live coverage on Facebook (which I shared from near the beginning.)

Food and a camera were lowered down to him, and encoragements shouted down. After 5 days of relentless digging with giant excavators and teams of assistants, he was reached. But it was too late. He was dead.

“We were all brokenhearted by Rayan’s death,”  Viviane Moryoussef, famous author of the classic La Cuisine Juive Marocaine (Moroccan Jewish Cuisine), told The Jewish Weekly. “We are all in mourning.”   (Her surname evokes memories of the youth Joseph’s time in a pit in the Torah,  as it is a Moroccan pronunciation of the Aramaic honorific name,  Mar Yosef (Mr. Joseph.))

Rabbi Jacky Sebbag, of Beit Knesset Neve Shalom in Casablanca was asked by The Royal Palace to make a video about it, during the rescue attempt. It was circulated nationally. He kindly sent us a copy, in which he prays for Rayan and his family in Hebrew, Arabic and French, including a Me Shbayrakh. He asks that The Holy One put the best methods into the head of the rescue teams. Rav Sebbag, who was for many years the Right Hand of Moroccan Chief Rabbi Monsonego ztsl, told us that many Morccan children had died and fallen into pits in remote areas of the country, and we should remember them all.

Rayan’s personal plight received world-wide coverage, including in the BBC, because it touched heart-strings. Friends of mine were in tears at the outcome. Morocco’s Centre for Tolerance and Interreligious dialogue held a webinar in which the Unity of the Moroccan People’s Prayers for Rayan was emphasized, moderated by Anouar Yahyaoui. I spoke up for England’s hand of friendship and condolences for our Moroccan brothers and sisters of all beliefs, and for His Majesty Mohamed VI, one of our most loved benefactors.  Beirut-born lecturer Edy Cohen, of Bar Ilan University, spoke in fluent Arabic of Israel’s love for the Monarch, and her People’s solidarity with Rayan, his family and all Morocco. He said “We, Moroccans and Israelis and many others are together one people, because  Rayan unified all the world and all religions. Strasbourg Chief Rabbi Renė Gutman also participated, and many others.