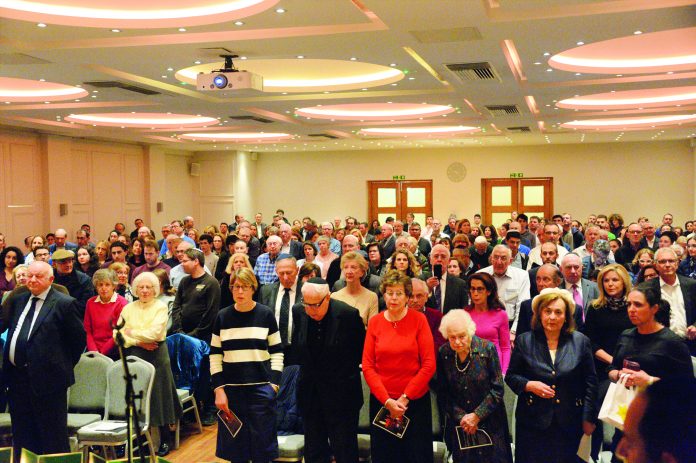 This past week Hampstead Garden Suburb Synagogue commemorated Yom Hashoah with an inspirational talk by Holocaust survivor Mr Isy Sznajer. The event was attended by a full house of over 350 people in the Shul hall and featured readings by the Synagogue youth and candles lit by Community members.
Isy Sznajer was born in Warsaw on 1 January 1937 and grew up in what later became the ghetto. He survived in the Warsaw Ghetto, avoiding being rounded up through ingenious hiding places and many miracles. Finally, he and his family escaped through the sewage system just before the Nazis decided to wipe out the ghetto. lsy was then hidden by a farmer in a hole for 18 months. Towards the end of the war, he was forced to leave the farm. After surviving on the front line for several weeks, he was finally rescued by the Russian army. Then came the struggle of rebuilding a life in chaotic, post-war Poland before finally emigrating as a UN refugee.