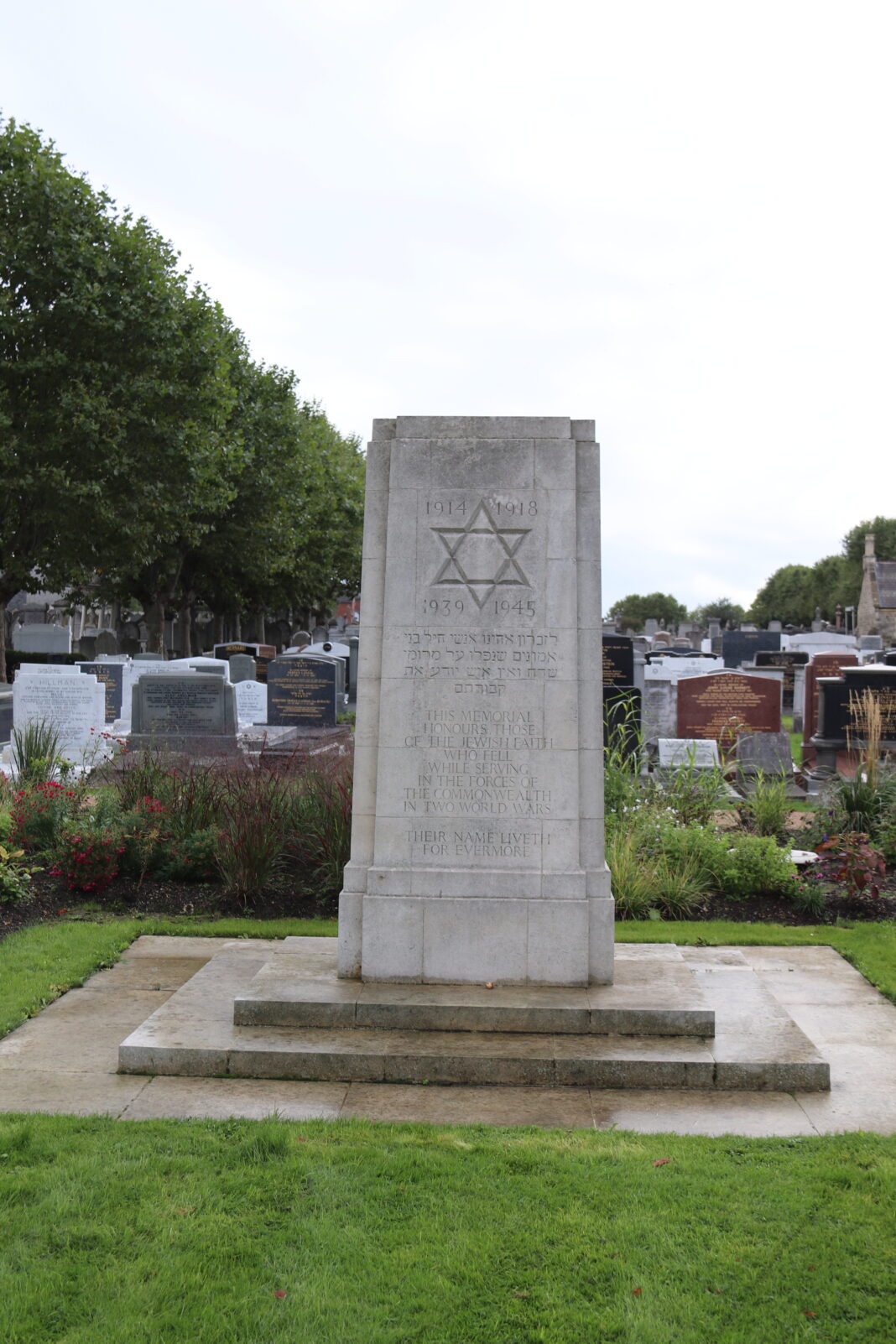 On Sunday 10th July at 11am, AJEX JMA will hold a special service of Remembrance at The Jewish War Memorial at Willesden Jewish Cemetery. The service is in memory of the Jewish fallen of HM forces in both world wars and to honour those who have no known graves.

The community are all invited to commemorate and Remember over 120,000 Jewish servicemen and women who served in World War One and Two. Attendees will be given the opportunity to place Magan Dovid Markers at the plot and to wear with pride their medals or family medals.

The Willesden Cenotaph was the first Jewish war memorial in the country and is the oldest  collective war memorial for our community in the UK. It honours all those Jewish veterans with no known graves. The ceremony will be led by AJEX National Chairman, S/Sgt Dan Fox and AJEX Chaplain, Rabbi Major Reuben Livingstone. Her Majesty’s Lord Lieutenant of Hertfordshire, Robert Voss, Cadet Forces, Mei Sim Lai OBE DL, Representative Deputy Lieutenant for the London Borough of Brent and London Assembly Member for Brent and Harrow, Krupesh Hirani AM will be attending too.

Dan Fox said: “Together we will honour all the brave men and women who have no marked resting place. We will also remember British Jewish veterans who contributed to both world wars. We hope people join us in this important memorial service”.

To register for this event, please click here Ceremony of Honour | AJEX