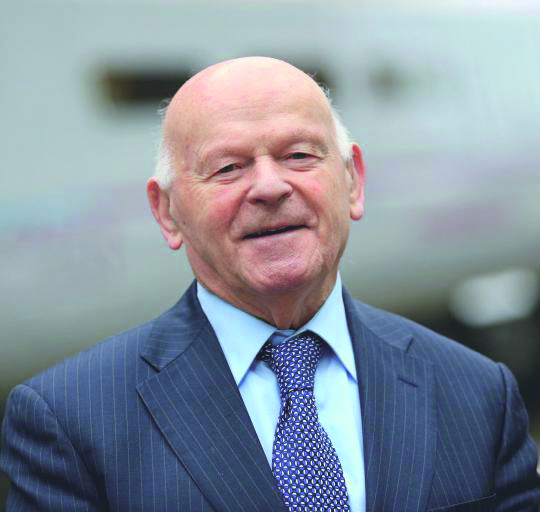 Holocaust survivor Ben Helfgott is to be knighted in the Queen’s Birthday Honours.

Ben was instrumental in helping establish Holocaust Memorial Day in the UK and was a member of the Prime Minister’s Holocaust Commission, whose work heralded the development of the national Holocaust Memorial and Learning Centre in Victoria Tower Gardens.

Ben is also President of the 45 Aid Society for Holocaust survivors.

A Cabinet Office spokeswoman said: “Ben has worked tirelessly, over many decades, to encourage community cohesion and combat intolerance and hatred. He has used his public profile as a Holocaust survivor to ensure that Holocaust commemoration has remained on the national agenda.”

Professor Simon Schama, famed for his BBC ‘The Story of the Jews’ is also knighted.

The Cabinet Office paid tribute to his prolific work, including over 40 documentaries and books translated into 15 languages on topics such as slavery, American Revolution, history of Britain and French Revolution.

Chairman of the Prince’s Trust and Prince’s Trust International, he serves on the board of the Royal Opera House, Royal Academy Trust, BAFTA, Community Security Trust (CST) and JW3.

Louise Ellman, who is made a Dame, is a regular speaker in fighting anti-Semitism.

President of the Jewish Labour Movement, she is also vice-chair of Labour Friends of Israel and chair of the All Party Britain Israel Parliamentary Group.